Georgetown, Guyana – (November 24, 2017) President David Granger said that with the setbacks that the Guyana Elections Commission (GECOM) has already been subjected to this year in terms of the protracted delay in the appointment of a Chairman, the Government’s main focus now is ensuring that the electoral body is fully staffed so that it can get on with its work and stay on schedule for next year’s Local Government Elections. 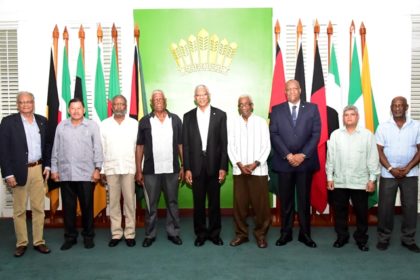 The Head of State made these remarks today, after he administered the Oath of Office to Mr. Desmond Trotman, appointing him as one of the Commissioners of GECOM. Mr. Trotman is a member of the Working People’s Alliance (WPA). He replaces the late Ms. Sandra Jones who passed away on November 19. The President pointed out that while Mr. Trotman was not the only nominee that was put forward by the partners by the six-party Coalition, he is the only one who brings with him a wealth of experience on electoral matters.

In addition to the Chairman of GECOM, the Constitution of Guyana also provides for the appointment of a six-member Commission. Three members are appointed by the President acting in his own deliberate judgement and three appointed by the President acting on the advice of the Leader of the Opposition. Mr. Trotman was appointed by the President in his own deliberate judgement. “My actions are entirely in accordance with the Constitution. In this instance it is up to my judgement and I consulted widely among my Coalition partners… He brings tremendous experience to the Commission and I am confident that the people of Guyana will be very satisfied with this appointment

Speaking to the media after he was sworn-in, Mr. Trotman said that he plans to dedicate his efforts in keeping with the President’s objective of ensuring transparency and free and fair elections. He made it clear that his decision to accept the appointment was not driven or influenced by politics, but rather the best interest of the Guyanese people.

When asked about the possibility of his new appointment being seen as a conflict of interest owing to the fact that he is also a member of the State Asset Recovery Agency (SARA), Mr. Trotman explained that he has examined the legislation pertaining to GECOM and has found nothing that disqualifies him from holding both posts. However, he noted that if wiser counsel offers a different suggestion, then he is ready to tender his resignation at SARA.

Last month, after almost of year of back and forth with the Leader of the Opposition, in an attempt to get him to submit a list of nominees, which fits the requirements of the Constitution on the issue of appointing a Chairman of GECOM, President Granger appointed Justice (ret’d) James Patterson to the post. 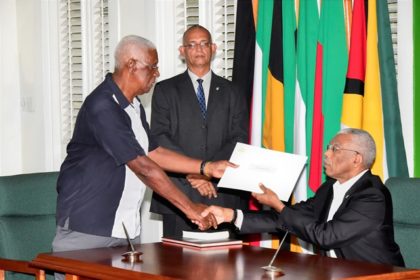 Mr. Desmond Trotman being presented with his Instrument of Appointment by President David Granger. 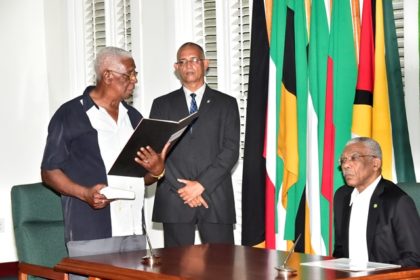 Mr. Desmond Trotman taking his Oath of Office in the presence of President David Granger.