Mr. Gordon, a Guyanese, said that the purpose of his visit to Guyana was to explore opportunities to expand the ACCA Caribbean’s footprint in Guyana which he sees as having significant national development benefits.

In receiving Mr. Gordon, Prime Minister Nagamootoo expressed gratitude for his visit and the ACCA Caribbean’s interest in Guyana and in deepening ties and relations with local partners and government. 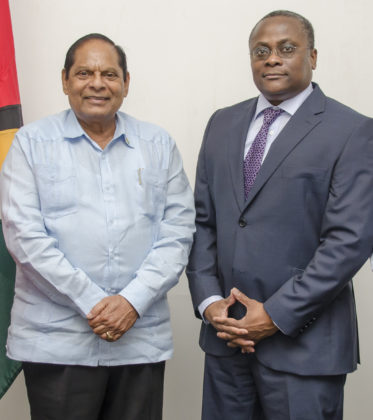