Prime Minister Moses Nagamootoo is saddened by the deaths of five Guyanese as a result of tragic accidents on the roadways in recent days.

“I feel a deep sense of sadness and hurt at the continued needless loss of lives on our roads. The deaths of three children is particularly heartrending,” Prime Minister Nagamootoo said. 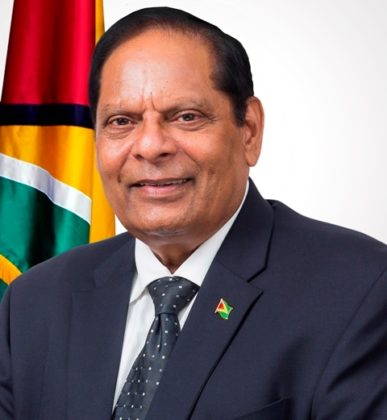 “As a father and a grandfather I share the loss, the pain and the grief of all those loved ones who have perished on our roads,” Prime Minister Nagamootoo said.

“President David Granger and I along with the entire Cabinet appeal to drivers, cyclists, pedestrians and all road users to exercise extra care and attentiveness while using our roads,” Prime Minister appealed.

Increased road fatalities was raised at both this week’s National Security Committee and Cabinet meetings.

“An urgent decision was taken for the launch of Operation Safeway which will be conducted by the Guyana Police Force,” Prime Minister Nagamootoo explained.

Operation Safeway was ceremonially launched at Police Headquarters, Eve Leary today and will commence on the roadways tomorrow, Thursday September 15.

“Every Guyanese needs to arrive home alive. We all need to slow down. There is no place for drunkards behind the wheel. I support sanctions against persons charged with serious traffic offenses, especially when they cause injury or death while under the influence of alcohol,” Prime Minister emphatically stated.

“The carnage on our roads leaves so many persons in pain and agony. Mothers, fathers, children, brothers, sisters, wives, husbands and other relatives, friends, neighbours, classmates and work colleagues are all emotionally distressed by the needless loss of life,” Prime Minister Nagamootoo observed.

Recently release figures by the Guyana Police Force report that for the period January 1 to September 9th 2016, 89 persons lost their lives on the roadways, a 10% increase on the similar period in 2015.