Minister of Social Cohesion, Dr. George Norton, on Friday, October 11, 2019 made a significant donation to two villages in Region Nine. The village of Apoteri received a fully accessorized keyboard along with 10 tablet computers, while Kwatamang Village received two guitars. The Village of Sand Creek also benefited from a keyboard.

The items were all handed over to the Toshaos of the three villages, who were all in Georgetown attending the National Toshao’s Conference – Kenny Thomas of Apoteri; Rocky Vanlong from Kwatamang and Maxie Pugsley from Sand Creek uplifted their respective donations from Minister Norton at his Main Street, Georgetown office. 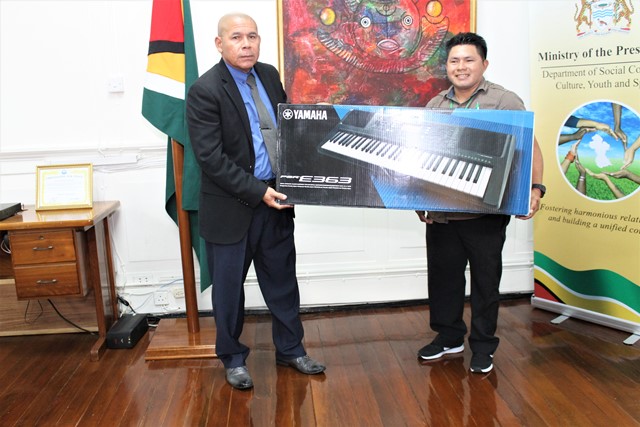 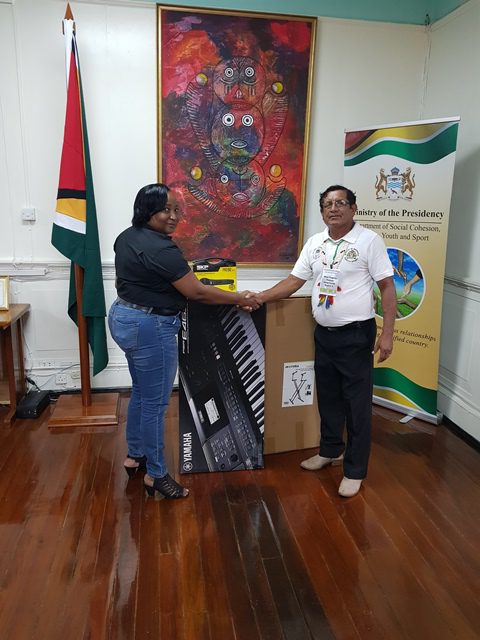 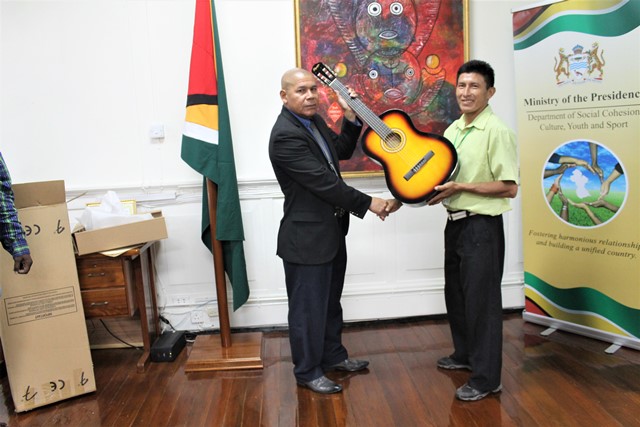 The instruments donated to Apoteri were part of the delivery of a promise Minister Norton made to assist the culture and youth groups of that community.

“When Minister Norton visited us a few days ago, we just mentioned some of the things we needed, and he was very prompt in not only making the promise to us, but delivering it as well,” Thomas said.

While the Toshao of Kwatamang was accompanying Thomas to uplift the donated items for Apoteri, mention was made of the Kwatamang Culture Group which is also in need of some assistance.

Minister Norton made arrangements for two guitars to be immediately presented to the Kwatamang Toshao.

“It was very sudden, and we are very much grateful to the Minister for his very kind and sincere gesture,” Toshao Vanlong said.

The Toshao of Sand Creek also expressed gratitude for the keyboard presented to him by the Director of Culture (ag), Ms. Tamika Boatswain.

The Toshaos all agreed that the donated items will go a long way in helping to preserving the Indigenous Cultures in Region Nine.