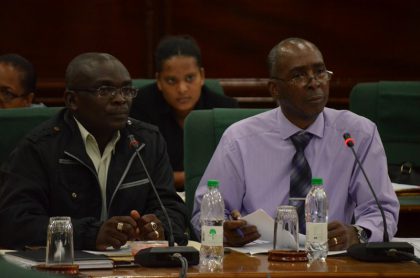 “We have Kamarang as the next urban centre, so this year we will do two roads and we are doing as much as 11 bridges from Kako to Waramadong which will open the access to the farmlands and easy access to take goods from Kamarang to Waramadong and further going to Paruima as well. This is the way we want to go, we want to expand, we want to urbanise,” the REO said.

“We are also hoping to have some level of capitalisation, so to speak… where we have the cost to transport goods from Kamarang, which the plane delivers in huge quantities, use the trail. We are hoping to have all-weather roads to Waramadong which has the next largest population in terms of school and farmers around there,” Edinborough added.

Kamarang is an Indigenous community located at the confluence of Kamarang and Mazaruni River.

It has a Primary School, hospital, police station and a paved airstrip. The village has seen extensive economic growth at the start of the 21st century and has remained a hotspot for economic activities which include gold and diamond mining.

The REO Edinborough and a team of regional officials appeared before the Public Accounts Committee of the National Assembly, Monday last, to give account of government spending. Chairperson of the committee, Pauline Sukhai commended the administration for marked improvements in its financial and other resource management.