Regional Officials from across Guyana are now better equipped to handle and defuse controversy as the curtains came down on training sessions in conflict resolution, mediation, negotiation and restorative circles.

The two-day training, which falls under the Youth and Citizenship Participation process, was held at the Umana Yana and saw participation from Regional Chairmen and councillors of the 10 Regional Democratic Councils (RDCs). 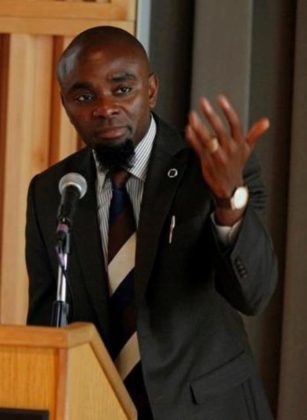 The training was facilitated by Colombia University Professor, Dr. Hakim Williams with support from the United States Agency for International Development (USAID) and Counterpart International in collaboration with Help and Shelter and the Ministry of Communities.

Dr. Williams, also an Assistant Professor at the Gettysburg College in Pennsylvania, spoke of the restorative circle as a powerful tool of ancestral wisdom which “equalizes voices” and holds potential solutions to festering conflicts.

A restorative circle is a community process for defusing conflict and has its basis in a traditional, indigenous practice.

It brings together the three parties in a conflict; those who have acted, those directly impacted and the wider community, within an intentional systemic context, to dialogue as equals.

Dr. Williams explained that the circle keeper (the person who holds the reins on the conversation) must engage in active listening, be alert, attentive and their posture must communicate concern and commitment towards the restorative process.

Of processes which exclude women, children and other vulnerable groups, Dr. Williams said, “The restorative circle ensures that everyone has a voice and so it is powerful in disrupting histories of exclusion.”

He pointed to authenticity, openness, deep, active listening and empathy as qualities of effective dialogue and is of the view that persons who are not genuine are easily detectable in such circumstances.

“You lose all credibility if you’re on your phone or if your facial expression project indifference. When you come across as a robot and you don’t show levels of vulnerability then no one will talk to you,” Dr. Williams underscored.

He outlined that an effective leader is one who tries different approaches, take risks and deviate from the traditional way of thinking.

The conflict resolution training comes at a time when the work of several Neighbourhood Democratic Councils (NDCs) are in limbo arising from the political impasse created by the results of the last local government elections.

Although the training targeted regional councils, the manuals which are being developed will be applicable to NDCs and is expected to be replicated and completed in communities by the end of the year.

The first phase of the project was aimed at providing voter education while the second phase focused on community engagement.

“We’re working in those communities with the NDCs and the residents to provide social cohesion training,” one of the organisers, Rawle Small disclosed.

Small further added that in addition to the training, the communities will be provided with a minimum grant funding that will allow each community to implement a social cohesion micro project.

This is expected to run from November through December.

Counterpart International is an organization which builds capacity in leaders, organisations and social networks to help solve pressing challenges.

The organisation which began in 1965, now has its roots in over 65 countries and supports persons who are solution oriented.

It embraces the fundamental premise of creating local ownership and building problem-solving capabilities at the local level to create positive and lasting impact.