Sugar industry to get new marketing plan as sector is reorganised

President David Granger, today, met with executives from United Kingdom (UK) based sugar and ethanol trading, advisory and supply chain management firm, CZARNIKOW at the National Liberal Club in London, to discuss the reorganisation of the sugar sector and the development of a competitive marketing strategy for the Guyana Sugar Corporation Incorporated (GuySuCo), even as Government looks to make it more competitive in light of local and global challenges. CZARNIKOW, which has been working with the sugar company for a number of years, will engage with GuySuCo on the new strategic plan after the White Paper on the Future of the Sugar Industry is laid in the National Assembly onMay 8, 2017 and debates are completed.

Associate Director, Mr. John Ireland and Chief Executive Officer, Mr. Robin Cave met with the President, as well as Minister of Foreign Affairs, Mr. Carl Greenidge and High Commissioner, Mr. Hamley Case.  The Head of State said that Guyana needs technical support even as the country looks toward the consolidation of the industry in order to make it more competitive.  This, he said, would be done through a combination of the maintenance of the Albion, Blairmont and Uitvlugt sugar estates, private sector investment and the promotion of peasant farming.  President Granger said that a push towards increased value added production is important to the future of the industry.

Currently, the sector employs about 17,000 people and the President emphasised the need for investment in order to ensure viability and increased efficiency in the industry. The meeting also allowed discussions on ways to consolidate Guyana’s access to the British market in light of Brexit, the term coined to describe the United Kingdom’s impending withdrawal from the EU. This matter is at the top of the agenda for discussions, during the President’s visit to the UK this week, but Guyana’s marketing strategy for sugar is also likely to include improving access to EU markets and the expansion of marketing arrangements in the Caribbean Community (CARICOM).

Over the next few days President Granger will engage in a series of high-level meetings in addition to the Caribbean Council’s Annual Reception at the House of Lords and the Investment Seminar on Guyana. While there, the President will also have an audience with Her Majesty, Queen Elizabeth II and meet with Rt. Hon. Baroness Anelay of St Johns DBE as well as the Guyanese diaspora in London. 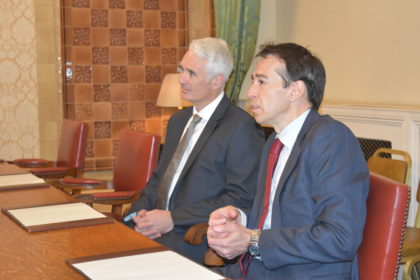 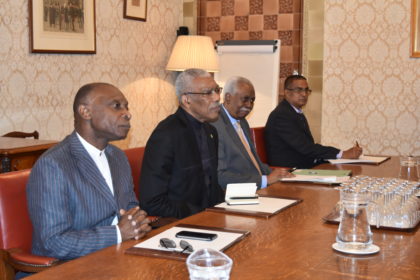 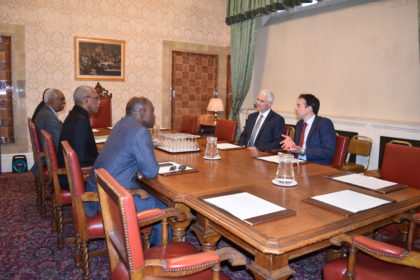