Public servants can be guaranteed a satisfactory salary as the government continues to negotiate with the Guyana Public Service Union (GPSU). President David Granger said that his administration will continue to engage the union for better public service wages.

The President explained that indeed the public servants deserve more, but the fall in commodity prices including bauxite, gold and timber worldwide heavily impacted the country’s revenue, leading to insufficient funding for the University of Guyana (UG), the school system and health. 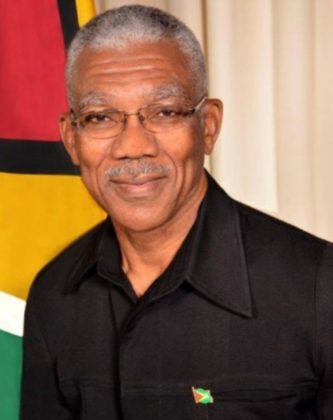 “We wanted to increase the old age pension more, but the social sector has taken quite a bit of our money,” the President said.

The President made these statements during the recording of this week’s ‘Public Interest’ programme when asked to respond to criticisms that the final salary offered to public servants is an “injustice” to them.

President Granger further explained that when his administration assumed office in May last year, they did not anticipate the volume of indebtedness of the Guyana Sugar Corporation (GUYSUCO). “We have been bailing out GUYSUCO with billions of dollars,” the Head of State explained.

Despite those challenges, President Granger said his administration will continue to negotiate, and other initiatives will be implemented to benefit the public servants.

A press release issued by the Ministry of the Presidency on August 24 stated that negotiations between the Government of Guyana (GOG) and the GPSU had concluded following a two- month negotiation period (June 22, 2016 to August 24, 2016). During that period both parties presented proposals and recommendations having mutually agreed that relief for public servants were both immediate and necessary.

The initial proposal of the GPSU was for a 40 percent across-the-board increase for public servants. This was subsequently adjusted to 25 percent. The union also requested that allowances be included.

The GOG considered a review of allowances for public servants immediately upon the conclusion of the negotiations. Subsequently the Government reconsidered its position and a final offer was made as follows: