Georgetown, Guyana: March 24, 2017 – Town clerks and their deputies from across the nine municipal councils have touted the establishment of a National Town Clerk Association.

The idea was put forward by Deputy Town Clerk of the New Amsterdam Mayor and Town Council, Merlyn Henry during a workshop facilitated by the Ministry of Communities.

Henry said that the forum will assist the clerks in discharging their mandate effectively and improving their overall functionality. 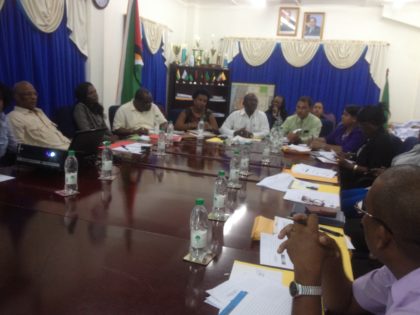 During the discussions with Permanent Secretary, Emil McGarrell, the town clerk acknowledged that issues of financial and human resource management were among the main concerns.

They believe that if addressed, these issues can minimize the instances of others problems that may arise.

The workshop was organized by the Ministry’s Municipal Services Department under the theme, “Improving Municipal Management to enhance service delivery.”

The sessions were designed to allow for the drafting of a terms of reference to inform and guide the roles and functions of the post of town clerk.

Most of the town clerks spoke of the nature of their works, its frustrations and challenges and also posited potential solutions that can be used to foster better working relations between themselves and the council.

One of the main challenges highlighted by all of the town clerks was the conflicts that arose out of a misinterpretation of the roles of the elected element of the council as policy makers against the administrative element.

They were reminded of Article 71 and its ensuing subsections which provides for Guyana’s division into regions and sub-regions which would fall under the ambit of any municipality.

The town clerks were also told of Government’s desire to entrench local government development as one of the priority areas even as the towns were being positioned as economic zones within the structure.

With plans to establish three additional towns on the cards, McGarrel stated that municipalities would be charged with the vital responsibility of ensuring that the needs of citizens are well considered. 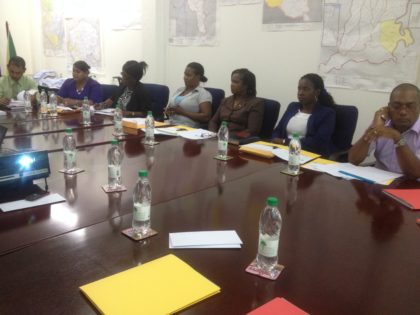 “When citizens feel satisfied at the council level it is only then that Central Government would have delivered on its mandate,” the PS remarked.

The town clerks noted the forum was very instrumental in providing information and best practices that can be adopted by the various councils.

They were also a great deal of knowledge sharing and networking among the town clerks that will allow for greater transparency and regularity in the accounting system at the council level.

The Ministry is currently in discussions to facilitate an action roundtable with the Mayors, Deputy Mayors and Town Clerks in the near future.

The town clerks were informed that the ministry’s legal department are preparing proposed amendments to the Municipal and District Council Act Chapter 28:01 that relates to the stalemates resulting from the internal local government elections.

The Ministry’s Legal Officer, Denise Hodge explained that instead of having the terms for mayor and deputy mayor run on a calendar basis, the proposal suggests a term that runs from January 1 to December 31.