With a determined goal to actualise local food security, the University of Guyana (UG) has collaborated with the Ministry of Agriculture to examine the possibility of establishing an Institute of Food Security.

The consultation, which opened this morning at the Marriot International Hotel, seeks to raise awareness and assess the status of food security in Guyana and the Caribbean region and assess the role an institute would have locally and regionally. 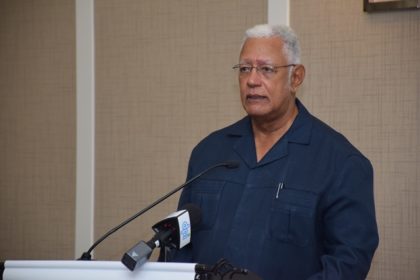 Minister of Agriculture Noel Holder delivering remarks this morning at the opening of the consultation on food and nutrition security at the Marriot international hotel.

Minister of Agriculture Noel Holder, delivering the feature address at the forum, signalled his support for the establishment of the aforementioned institute. He said Guyana has generally been regarded as the breadbasket of the Caribbean, being a net exporter of food in CARICOM.

“The region is not sleeping, especially Guyana. With an investment of over US $60 million in agriculture over the past decade, Guyana has been addressing all areas of food Security from the reorganisation of the support systems, legislative upgrades, stimulation of production, implementation of new standards such as Good Agricultural Practices (GAP), to the introduction of Good Manufacturing Practices and HACCP in the Agro-processing industry”, Minister Holder explained.

According to him, this places the country in a position of great responsibility, with challenges to meet the region’s food needs in the event of another food crisis, while ensuring that Guyanese are afforded ready access to food of sound nutritional quality.

Deputy Vice-Chancellor (VC)University of Guyana Professor Ivelaw Griffith said much consideration needs to be given to the real purpose of the country’s premier tertiary institution, and the role it plays in the agriculture sector.

“As any university that is beholden to serving a nation, thinks about what it does and how it does it. It has to ask the question ‘Are we doing what we need to do to address those clear and present dangers?” He said the clear and present danger in Guyana, in relation to food security, is intimately connected to the matter of food security within and beyond the region.

The UG Vice-Chancellor said even as Guyana moves into the oil and gas sector; an area that is poised to boost the country’s economy, it need not repeat the mistakes of other countries and neglect the agriculture sector.

“The pull of the oil and gas leads to a push away from certain industries and I would really like for us not to fall victim of that. To keep our eyes on the agriculture prize, knowing that we also have many preconditions to not only do better for our nation but to better for the world”, he added.

It was hoped that at the end of the consultation, there could be a status report on food production and stability, accessibility and nutritional quality of available food in Guyana, and a strategy on the status of the food and nutrition security in Guyana and the wider CARICOM region. 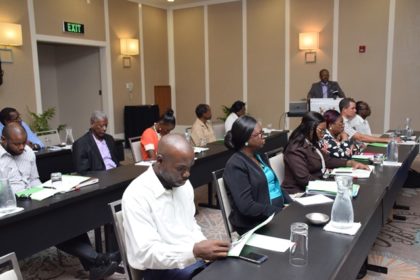 Stakeholders at the consultation on the institute of the food and nutrition security. 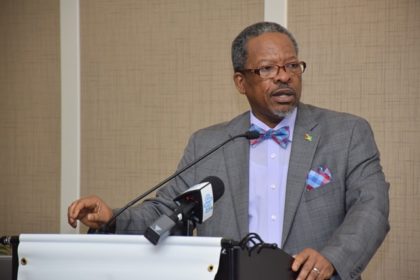