─ at the conclusion of various consultations, a report will be presented to President Granger with recommendations for implementation

Two United Kingdom experts, Paul Mathias and Andy Odell, who are currently on a fact-finding mission, met with members of the public and regional stakeholders within Region Three, at the ‘D’ Division Headquarters, Leonora, West Coast of Demerara.

“Our purpose here today is to hear from you. We are in the process of putting together a document that will make recommendations for the reforming of the Guyana Police Force. We, therefore, need to hear from you, the important citizens of this part of Guyana,” Mathias explained. 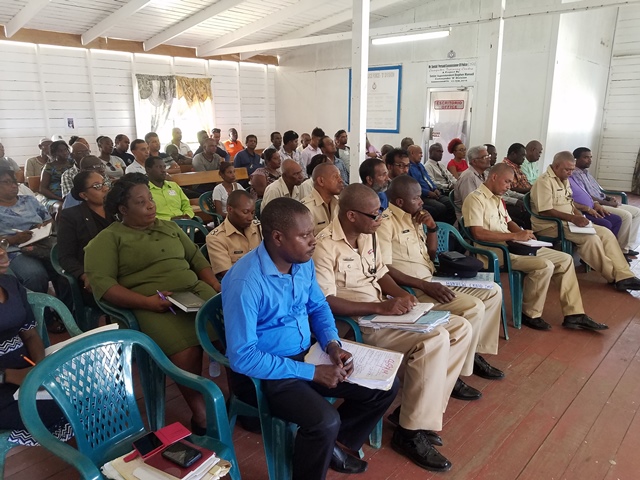 Participants at the session. 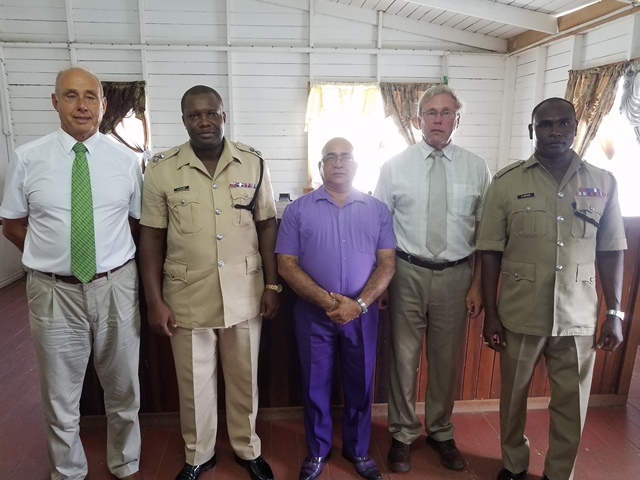 Representing the Regional Administration of Essequibo Islands-West Demerara was Regional Executive Officer, Denis Jaikaran who spoke of the need to strengthen the public relations department of the police force and build a greater degree of trust.

“We at the Administrative level have seen great improvement in the Police Force in our region. For example, at all of our schools, there are traffic officers ensuring that our students get priority in crossing the road. However, we are aware that to continue improving trust, we must increase the training and opportunities to our officers,” Jaikaran said.

Representing the Region Three Chamber of Commerce and Industry was President of the organisation, Halim Khan, who noted the need for a quicker response from the Police Force. A resident of Parika, Ramnarine Singh observed that the “Police must set the example and lead from the front.”

Other participants also highlighted the need for greater trust between members of the force and the general public, an increase in remuneration and additional training for all officers.

Closing remarks were delivered by Commander Cooper who promised as the newly appointed commander to build a better relationship with the residents of the region.

The Inter-American Development Bank is currently funding this project of security reform which forms part of the larger Citizens Security Strengthening Programme (CSSP) which is working with the Prisons and other Justice sectors primarily to improve the system of security in Guyana.

At the conclusion of the various consultations, a report will be presented to President David Granger with recommendations for implementation.