CARIBEX is an annual Operation conducted by the Brazilian Navy, which sends a task force to navigate Caribbean waters and to visit ports of friendly nations in the region. The mission’s objective is to carry out military drills at sea, to increase training and operational readiness among the ships involved, as well as to contribute to closer ties of friendship with the countries visited.

War and Sea Captain, Robledo de Lemos Costa e Sa commands the Brazilian military seafarers, who number 121 in total. As is customary, Captain Coata e Sa, along with his senior naval officers, is scheduled to pay a Courtesy Call on Chief-of-Staff Brigadier Patrick West, before his contingent’s departure on Saturday morning.

This year marks the 51st anniversary of Guyana and Brazil relations. 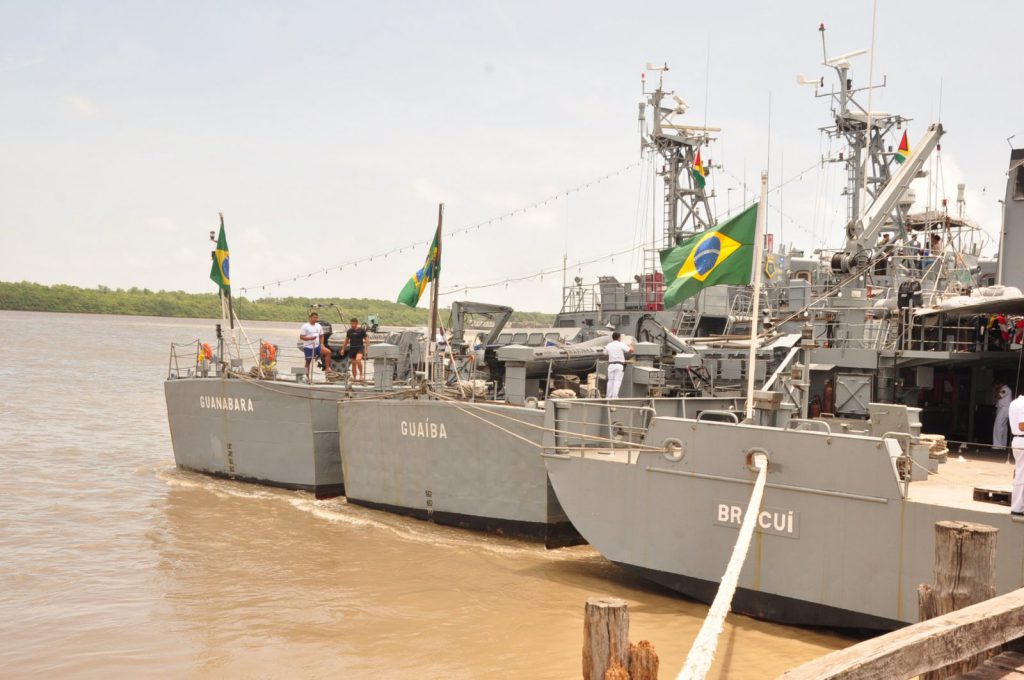 The vessels of the Brazilian Navy docked in Port Georgetown.