Progress on the US$46.8M West Demerara Road Expansion Project which begun in January 2015, has been  slowed to facilitate the relocation of the Guyana Telephone and Telegraph (GTT) and the Guyana Water Incorporated (GWI) utility services.

Ministry of Public Infrastructure, Senior Projects Engineer, Kester Hinds, told the Government Information Agency (GINA), that relocation of the utility services has been divided into five lots, three of which are completed. 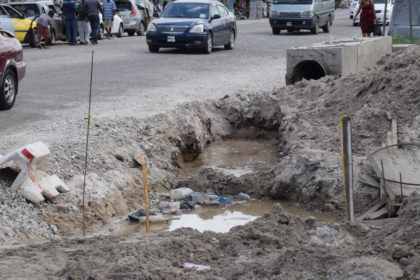 Hinds said that the other two lots are having difficulties but should be completed within a week or two.

“There are other interruptions as it regards  time to get the project commence so those were the challenges and because we’re relocating sometimes close to the drains, … there are many cases where you have to break bridges to have those pipes installed so it takes time but those are progressing,” the Projects Coordinator explained.

The relocation of utilities infrastructure would allow for the smooth continuation of the road rehabilitation.

The project caters for the improvement of about 30.7 kilometres of the West Coast Demerara road from Vreed-en-hoop to Hydronie, bridge replacement and repair, drainage and road safety works, pavement markings and safety barriers along severe curves. 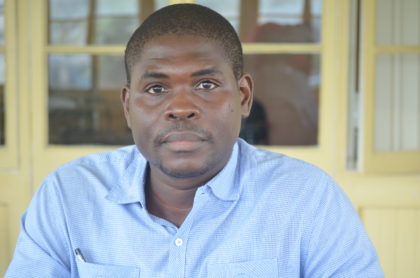 Hinds indicated that other aspects of the project are near completion and he is confident that they will be completed by the end of 2017.

“We would have completed just about 80 percent of the regulation course which is the first layer for the overlay on the existing surface and we’re just about 30 percent on the final layer of the existing surface. … also in a substantial manner (we) would have completed preparatory works for the pedestrian sidewalk and the cycle lane so we’re progressing,” the engineer said.

Additionally, works are ongoing at Vreed-en-Hoop from the junction to the stelling. The challenges there are not only the relocation of utilities but also of vendors. However, efforts are being made to address these matters so as to have the works executed in an efficient and timely manner.