—As part of disbursement from IDB loan

The Inter-American Development Bank has once again delivered on its commitment to Guyana through a loan to improve Maternal and Child healthcare services particularly in Regions Three, Four and Nine.

On Saturday, approximately $5Million (US$25,084) in items was handed over to equip the maternity unit at the West Demerara Regional Hospital in Region Three. Included in the list of items were beds, paediatric cots, examination lamps and trolleys. 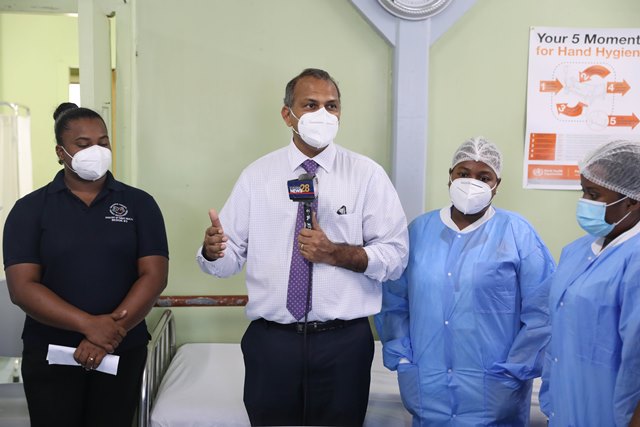 Some of the equipment that were handed over 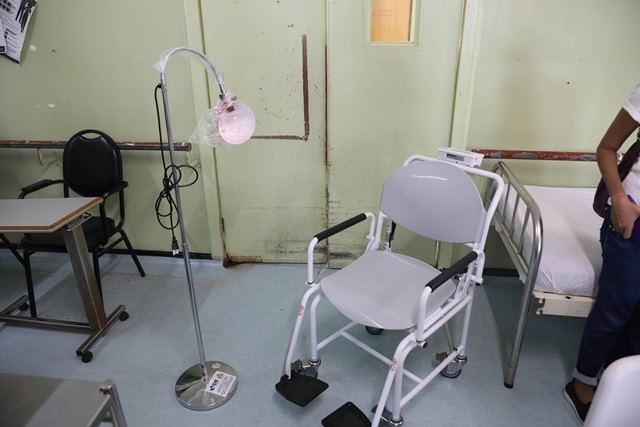 Some of the equipment that were handed over

The RHO and Head of the OB/GYN Department both thanked the IDB for the much-needed items and pointed out that they have already been put to use. RHO, Dr. Forte, said, “They will serve towards better care in this facility and the country at large so for that, we are most grateful.”

While providing an overview of the project, Dr. Anthony noted that it seeks to ensure that health facilities in these three particular regions (Three, Four and Nine) are equipped to have safe deliveries and a conducive health care environment for babies and mothers.

The Inter-American Development Bank (IDB) in 2016, approved an US$8 Million loan for a programme to help reduce maternal, perinatal and neonatal deaths in Guyana. Today’s handover of items is as a result of this loan.

The Minister also indicated his interest in having the hospital’s Neonatal Intensive Care Unit (NICU) up and running once more.

“We had a brief tour of the NICU area and that is something that I know for a couple of years has not been working and we understand that there has been a problem with fungus and mold… because of that you had to remove the babies from there,” he said.

Added to this the minister hinted that by late 2020 to early 2021, the capital project to rebuild major sections of the hospital will come on stream. This will be through collaborations and loan from the Indian EXIM bank.

Dr. Anthony also took the opportunity to inform the staff that in the interim, the Ministry of Health will be working closely with the Regional Democratic Council to rectify a number of issues which had been identified at the West Demerara Regional Hospital.