Zes Kindren is developing rapidly. This is the view held by the residents of the East Coast of Demerara (ECD) community. They also point to the fact that the establishment of an industrial site and other infrastructural developments will help to create more jobs and boost economic activity in the area.

This was all highlighted at a community engagement hosted by Minister within the Ministry of Indigenous Peoples’ Affairs, Hon. Valerie Garrido-Lowe on Thursday. During the meeting, residents raised several issues with the view of having it addressed. 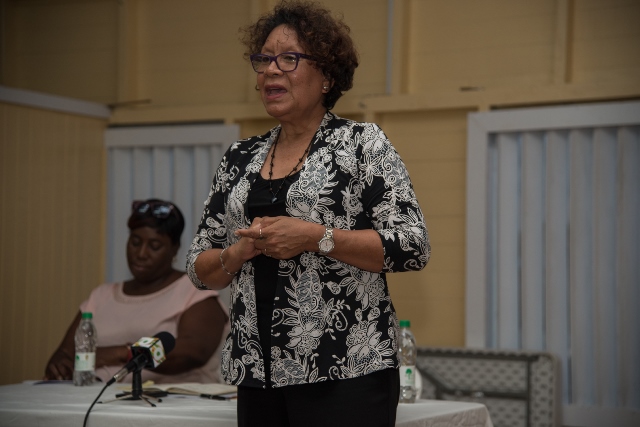 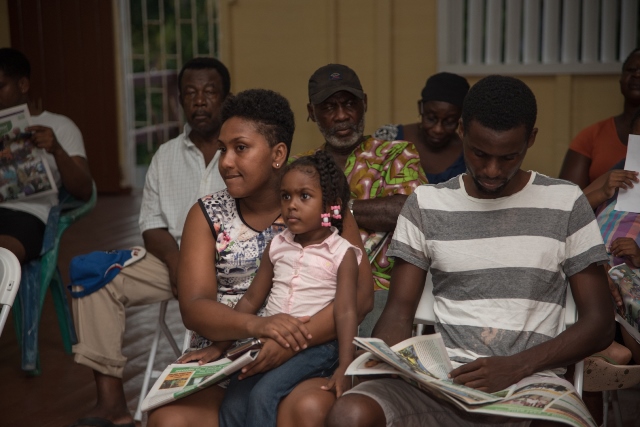 A section of the gathering at a community meeting at Zes Kinderen.

Some took the opportunity to express displeasure with how the local authorities are executing their duties. According to the residents, there are drainage issues and roads that need fixing.

Minister Garrido-Lowe noted, that local democracy is a priority for the current administration, hence the re-introduction of Local Government Elections (LGE) by the Coalition Government. The system, she noted, is designed to allow residents to carefully select capable persons who they think will best represent and importantly to hold them accountable when they fail to follow through on their mandates.

Chairman of the Neighbourhood Democratic Council (NDC), Wainright Henry endorsed the minister’s statement on the subject of local democracy. “A roadmap is being put in place by His Excellency, President Granger where you, as well as I, can have a chance to have a say in relation to what happens, where we go how we go and when we go” he said.