Over the last three years, $650M has been invested in 1,378 youths from Region 1, Barima-Waini through the Hinterland Employment and Youth Service (HEYS) programme. This had led to the establishment of 710 operational businesses ranging from grocery shops, snackettes, poultry rearing and fuel depot among others.

This was revealed by Ministerial Advisor and Member of Parliament, Hon. Mervyn Williams who was speaking at a stimulus grant distribution exercise in Moruca today. During the event, 274 young entrepreneurs received closed to $14M in grants to boost their businesses. 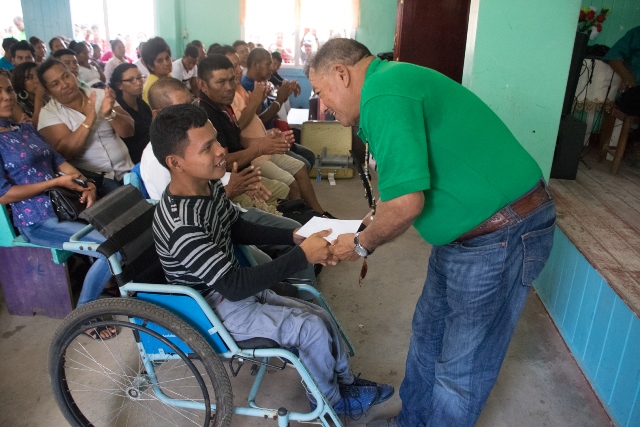 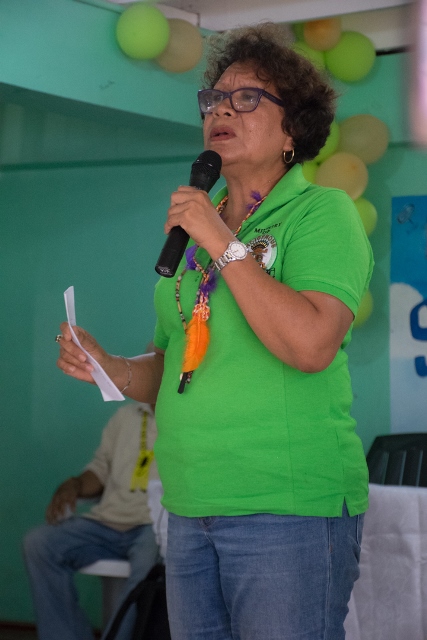 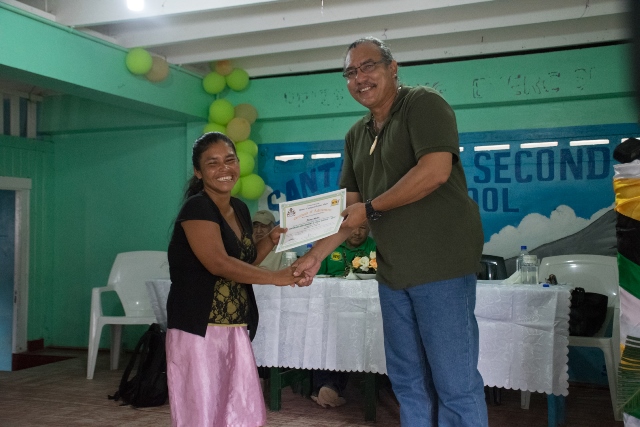 Ministerial Advisor and Member of Parliament, Hon. Mervyn Williams handing over a certificate to one of the beneficiaries. 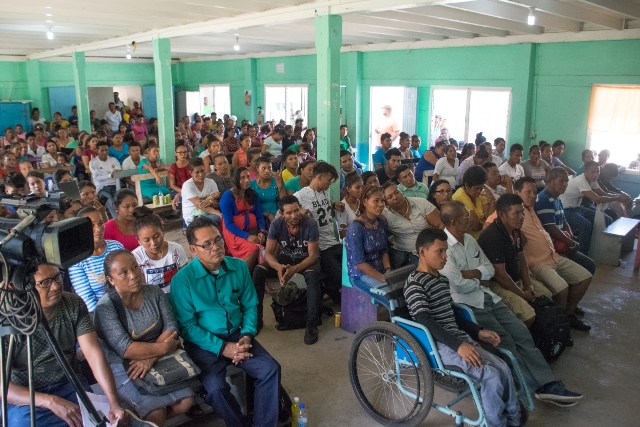 Minister of Indigenous Peoples’ Affairs, Hon. Sydney Allicock and Minister within the Ministry, Hon. Valerie Garrido-Lowe was also at the event.

In the Moruca sub-region, $203M was invested in 419 youths under HEYS; and to date, 274 businesses are operational. At today’s event, some of the young people spoke about the impact of the programme on their lives.

He reminded that the HEYS programme is the initiative of His Excellency, President David Granger as part of the Ten-point Plan for Hinterland Development; that was presented to the National Toshaos Council in 2015. The objective of which is to provide educational, entrepreneurial, vocational & technical training opportunities that will lead to empowerment, job creation, employment whilst improving livelihoods and ultimately poverty reduction.

During his remarks, Minister Allicock reminded that the ultimate intention is to remove the disparity between the hinterland; and noted that education is the key to achieving this. For this reason, the Coalition government created HEYS targeting some 4,000 hinterland youths to be trained and certified.

The minister further reminded that when the Coalition came into office in 2015, it resuscitated a programme that had been cancelled by the previous administration – a Youth Entrepreneurship and Apprenticeship programme – which recruited Indigenous persons as Community Support Officers (CSO). However, there was no form of training offered.  This was immediately replaced with the HEYS programme that ensured persons are trained and certified and make a meaningful contribution to their community and country as a whole.

“This is the approach of our government. We want to give you the opportunity to become businessmen and women and earn and live a good life…you don’t have to depend on anyone, you are your own boss and that is the aim of HEYS. We have seen many young people who are trying and need a little push and that is why we are giving further support to those young people.”

He encouraged the young entrepreneurs to diversify; to look at the needs of their communities and pursue other business ideas.

Minister Garrido-Lowe said that the programme saw approximately $10M being invested in all of the villages targeted. This translates to $410,000 being expended on each beneficiary, and an additional sum into the facilitators which was recruited from the respective villages.

“The APNU+AFC Government has invested in our youths because we believe in our Indigenous Peoples. We believe that if we give them a chance to develop, they will take that opportunity and run with it and rise and shine.”