“Better days are ahead of us”

In a very down-to-earth community meeting at the No. 53 Community Centre on Friday afternoon, Minister within the Ministry of Agriculture, Hon. Valerie Adams-Yearwood assured residents that better days are ahead for Guyana.

Addressing the concerns of citizens before a large crowd, including two Region 6 Members of Parliament, Hon. Barbra Pilgrim and Hon. Reynard Ward, the minister noted that public servants are smiling following the recent increases and “come next year you are going to have more money in your pockets,’’ she promised. 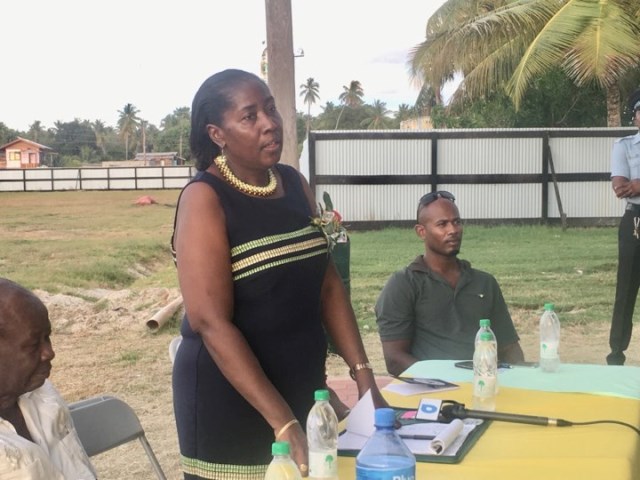 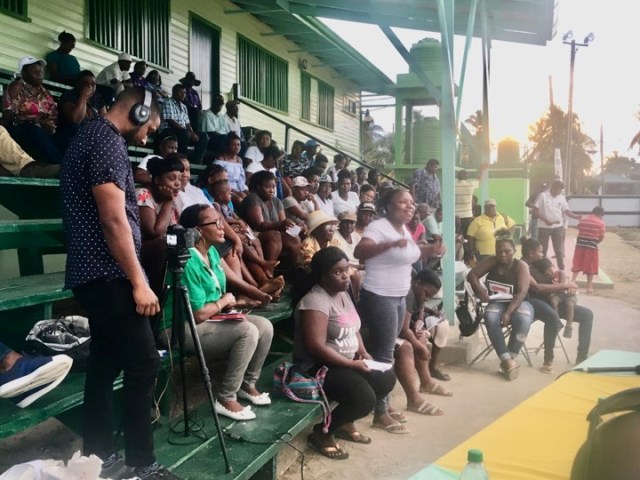 A resident, Alana Angel makes her point at the meeting. 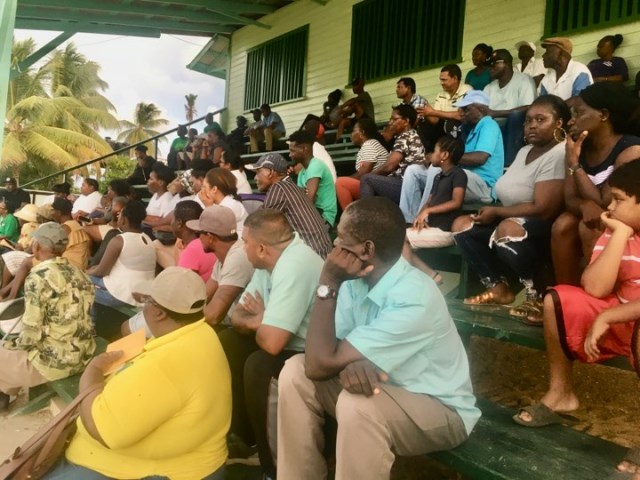 A section of residents at the meeting.

The minister posited that while the opposition likes to paint a negative picture of the developments in the past five years, Guyanese have a lot to celebrate under the leadership of His Excellency, President David Granger. She highlighted that the administration has restored pride to Guyanese having made enormous strides in all sectors especially, infrastructure, education and health.

On that note, Minister Adams-Yearwood disclosed that the Ministry of Agriculture will be launching a kitchen Garden Initiative at the end of November. This gesture hopes to achieve three main goals: Encourage more organic farming; help families to save by growing their own food and ensuring a healthier population by eating nourishing food.

The minister encouraged the residents to be part of the initiative and help spread the word, as there may be a monetary prize for the best Kitchen Garden.

Concerns were raised regarding the water issues that farmers are presently being faced with for the new rice crop in 2019/2020. The minister invited the farmers to a meeting on Monday at her office with other stakeholders to find a long-term solution.

In her remarks, MP Pilgrim made a very impassioned presentation concerning the “supposed fuel shortage” that is being blamed for the insufficient supply of water. The Region 6 MP was very emotional as she disclosed that investigations have uncovered evidence showing that fuel is available, but pumps are not operating at full capacity since the fuel is being sold by a senior regional official. The matter is being addressed she assured.

Other issues were raised included proper streets, drainage and irrigation were addressed by the minister and team and noted to be forwarded to the respective subject ministers for intervention.

Minister Adams-Yearwood noted that though the Coalition has not achieved all it had promised, citizens are experiencing a better life is nevertheless and with a return of the administration to office, citizens can be assured that the future generations will benefit from oil revenues.