Concerns of Region 10 residents to be addressed at Cabinet – PM

Prime Minister Hon. Brigadier (ret’d) Mark Phillips, during an outreach of Ministers and Members of Parliament to Upper Demerara – Berbice (Region 10) yesterday, said the concerns raised by residents of the Region will be addressed at the Cabinet level and could form part of the 2021 Budget or be included in Government’s plans for development going forward.

The PM added that the outreach, which was led by His Excellency, Dr. Mohamed Irfaan Ali, is an example of the administration’s commitment to inclusionary governance.

“This outreach fits nicely into the Government’s commitment to inclusionary governance, because it’s more or less a consultation we had with the people, an opportunity for people to speak with us and tell us what are the issues affecting them in their communities…Those are the concerns that we will put on board as we put together our plans and projects for budget 2021 and thereafter.”

The Prime Minister said too, that after campaigning throughout the country, the Government is fulfilling its promise by returning to communities to address the concerns of residents.

“I think it was a very good outing, the people were very receptive to us, they remembered we came here when we were campaigning and we promised to return once we won the elections. We returned and we had an opportunity to sit and listen to their concerns.” 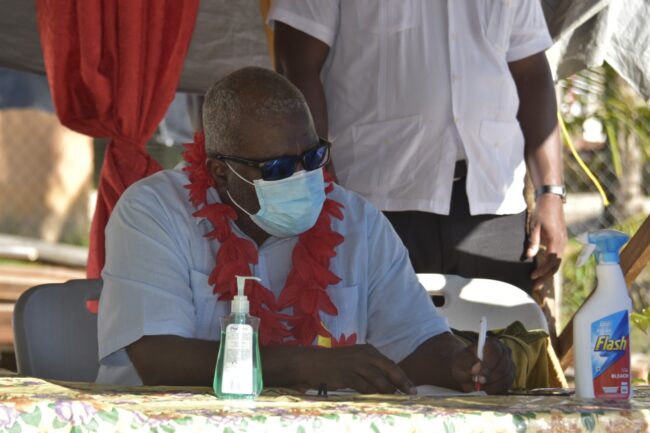 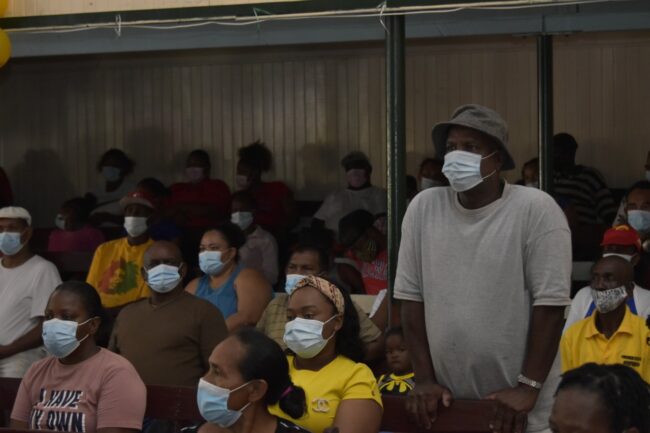 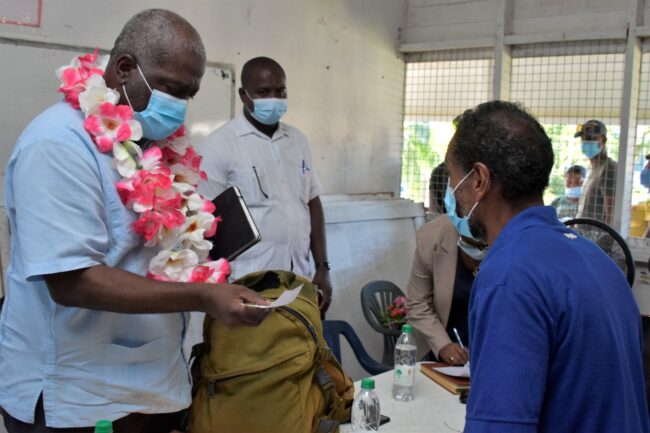 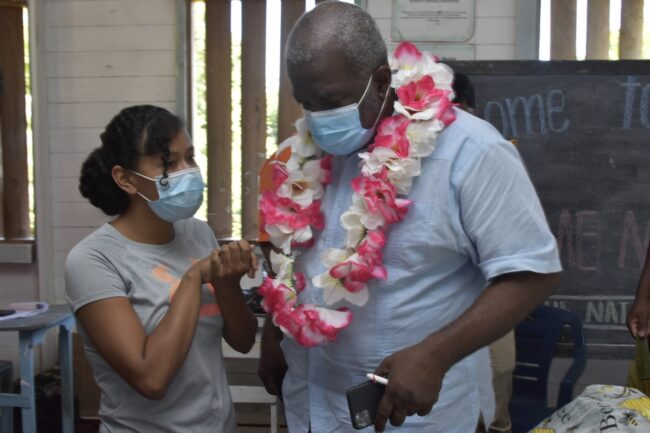 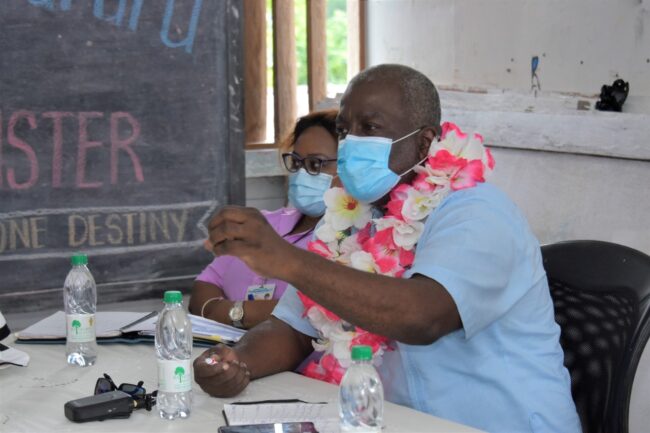 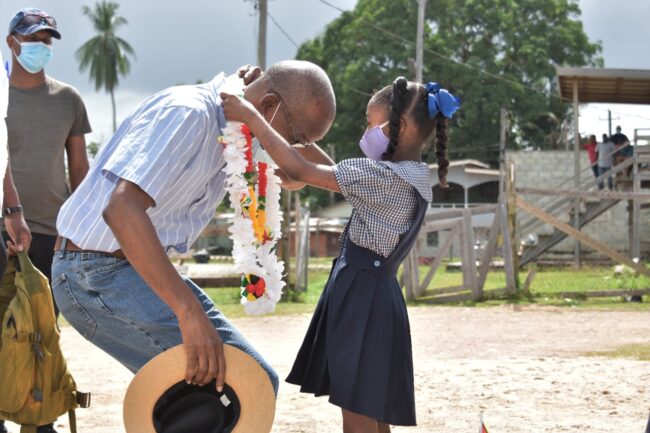 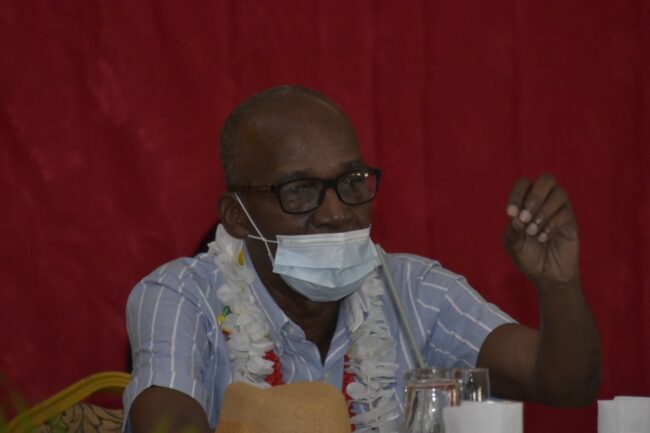 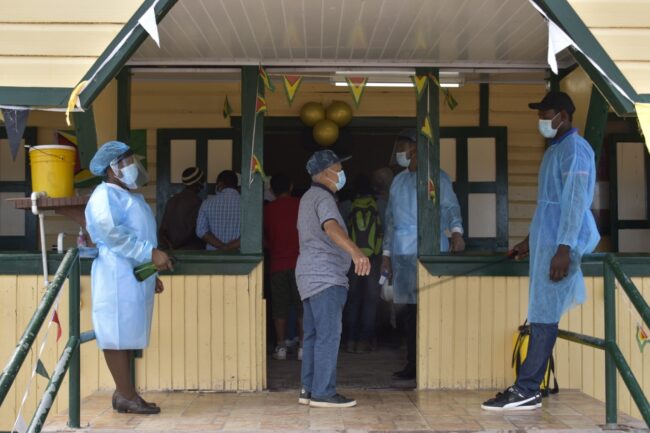 The PM visited Kwakwani and the communities of Hururu and Landerville in the Berbice River. He was accompanied by People’s Progressive Party Civic (PPP/C) Member of Parliament, Hon. Sheila Veersammy and Minister of Labour, Hon. Joseph Hamilton.

Among the concerns raised by residents throughout the outreach were access to internet, infrastructure development, agricultural development, youth development and unemployment.

Minister Hamilton told residents that his Ministry would make several training opportunities available through the Board of Industrial Training (BIT), and would appoint to the community of Kwakwani, a BIT Officer, a Labour Officer, a Co-ops Officer and an Occupational Safety and Health Officer, as an extension of the Ministry of Labour.

“We have the Board of Industrial Training that we will expand and seek to do more programmes that are necessary and are important and specific to the various regions, in these areas we know that people are involved in logging and mining and so we will have opportunities that will expose you to training in heavy duty machinery operation…you can also put together a programme and present it to the Board of Industrial Training and we will ensure that you are trained” the Minister said.

Meanwhile, Toshao of Hururu Village, Mr Winsbert Benjamin said that he was very pleased by the Prime Minister’s visit. “I’m very happy the Prime Minister visited the village, because the last time he came he was campaigning, he’s back now as Prime Minister and we were able to raise our concerns and I am confident that he will assist us. Our main concerns were about a school for our children, electricity and forestry and I think that his response was positive”.