East Bank Berbice Queen climbing towards her aspiration with faith

The journey to the road of success has just begun for a young and remarkable village girl in the Ancient County.
The first step she took which made her realise that she has a lot more to contribute to her country, was on the evening of Saturday 25 when she was crowned Miss East Bank Berbice Queen.

The talented Ronetta Anneisha Cort, hails from Glasgow New Housing Scheme on the East Bank of Berbice. ‘Cutey,’ as many would call her, grew up in the village of Lightown with her parents, grandparent and siblings. 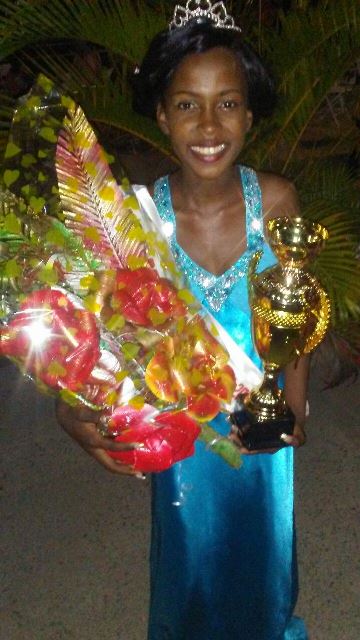 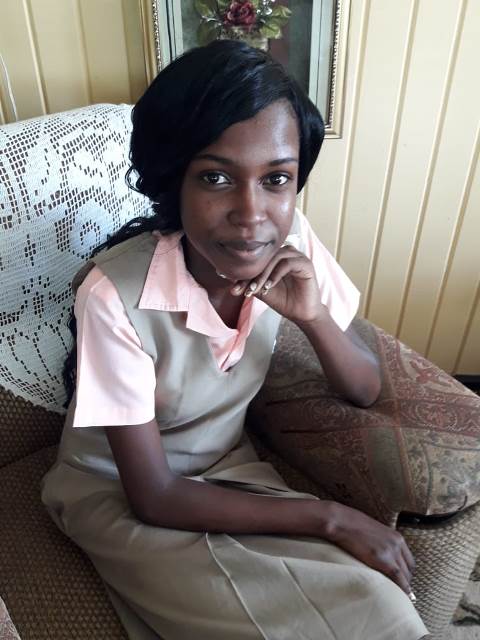 Cort, who is the fourth of six siblings, later moved to her current home which she shares with her parents, three sisters, and two brothers.

The young talented beauty enjoys swimming, dancing, and most of all, going to church. Growing up as a Seventh-day Adventist, Cort said she has all the necessary training one needs to be a well-rounded and independent individual in society and described herself as a very composed teenager who enjoys helping others.

A need for education:

The fifteen-year-old says she values education and despite attending schools that are long distances from her home, Cort said that such did not deter her from pursuing an education. Her academic journey began at Viola Nursery School, after which she went on to the St. Aloysius Primary School from Grade One to Three, and continued her primary schooling at the St. Therese’s Primary School, where she sat the National Grade Six Examination.

Gaining 490 points, Cort was granted a spot at the New Amsterdam Multilateral Secondary School (NAMS), and has been performing extremely well as she prepares to sit the Caribbean Examination Council Examination (CXC) come 2019.

During her days at NAMS thus far, Cort says that she has discovered and achieved so many things, of which she is grateful for. Participating in school activities, she disclosed, brings great joy to her and encourages her to strive higher every day she wakes up.

History, she noted, is her favourite subject. “I like History because I love discovering why things are the way they are, and why we are in the position that we are at the moment. Through history we learn about our past which can help determine our future, therefore it is important for us to know where we come from,” she shared.

“School is important because to be successful in life you need to pass through the educational system. So, you should want to go to school in order to have a fruitful life,” the young woman emphasised.

The NAMS fifth former said she had never thought of becoming a Queen or even saw herself participating in pageantry. As a matter of fact, it was the organisers, realising her potential, visited her home and sought her parents’ permission to have her be a contestant in the show.

Cort said she accepted the offer and was introduced to the other six delegates who had already gone far way in their rehearsal. Despite that, the determined teen said she practiced and was able to execute her dance well on the evening of the show.

Though nervous, the teen said she was still confident that the night would have ended with overwhelming news for her and she was indeed rewarded for her hard work.

Contributing to the new generation:

After completing her secondary education, Cort said she wants to travel to several parts of Guyana before applying to the Cyril Potter College of Education (CPCE) to become a trained teacher. The fifteen-year-old explained that she wants to make a tremendous contribution to the academic life of youths in country. Cort greatly admires teacher who deliver their material in a manner that makes learning exciting.

The teen also hopes to create more educational activities and recreational spaces in her district, so ensure the young people in her areas are constructively occupied. On the top of her to-do list is a grand clean-up campaign, an awareness walk and a lecture on the importance of social cohesion, which are expected to be executed soon. “We have to work together, I embrace togetherness, cooperation and we as youths can move this county,” Cort said.

Even though she has to focus on her examinations come next May-June, Cort stressed that she will find the time to fulfil all that she could to enhance the East Bank of Berbice and by extension the entire Ancient County.

The Queen urged all youths to not sit and wait for what they want to come to them but instead to go and “make it happen.”