Guyana has moved one step closer to securing its candidacy into the Extractive Industry Transparency Initiative (EITI) with the official launch of its Multi Stakeholder Group (MSG).

Today, at the Umana Yana, Prime Minister Moses Nagamootoo officially launched the G-EITI MSG. “Today is part of a new dynamic effort, the origin of which had been long established by those who fought for democratic norms and practices in Guyana,” PM Nagamootoo said. 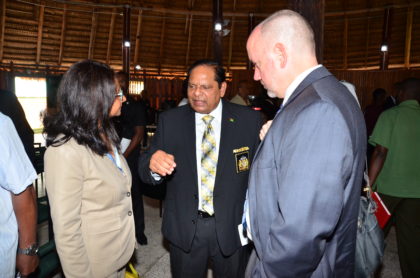 The EITI is an international standard that seeks to provide consolidated information on a country’s extractive sector. It aims to reconcile key revenue flows paid by companies with those received by government, and assesses how the revenues are expended on behalf of the people.

The G-EITI MSG is a primary body responsible for overseeing and coordinating the successful and effective implementation of the global EITI standards in Guyana. 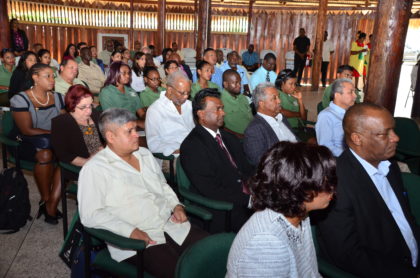 Representatives from industry, civil society and other stakeholders at the launch 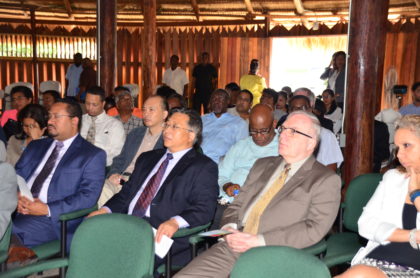 Representatives from industry, civil society and other stakeholders at the launch

Minster of Natural Resources Raphael Trotman explained that the MSG will provide and establish a framework to promote collaboration and consensus building in implementing the EITI.

“This grouping is a true demonstration of inclusivity and transparency as all stakeholders are represented at the table…government, civil society and industry,” Minister Trotman noted. The seats were distributed evenly among the tripartite body and include industry representatives from forestry, mining and quarrying and the emerging oil and gas sectors within the extractive industry.

Industry representative Hilbert Shields said the country’s future is exciting given the developments in the extractive sector. “The responsible development of our God given natural resources can indeed lead to a good life for all Guyanese,” Shields said.

The civil society component of the MSG is made up of indigenous, youth and human rights activists.

Civil Society Representative Curtis Bernard noted that civil society is committed to collaborating with the government and industry “to ensure that Guyana successfully fulfil its requirements to become a member of the EITI”.

The government is represented by the Ministry of Natural Resources, Office of the Prime Minister, Ministry of Finance and the Guyana Revenue Authority.

Guyana began the application process to join the EITI in May 2010 but it was Minister Trotman that propelled the process when the current administration took office in May 2015.

“This EITI initiative has the potential to deliver significant benefits to the Guyanese economy through increased accountability and transparency,” Minister Trotman said. 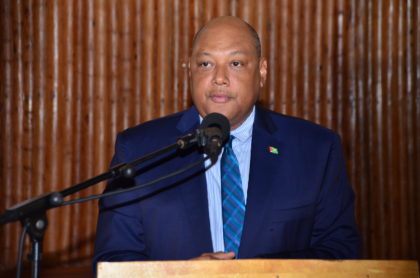 The G-EITI MSG will be supported by the National EITI Secretariat in undertaking the remaining requirements towards fulfilling the candidacy. Those include developing terms of reference, drafting a work plan and finalising a scoping study which was previously conducted. Guyana is hoping to submit its bid before the end of 2017.