Minister of Public Infrastructure, David Patterson has announced that a generator set from the Onverwagt power station in West Berbice will arrive in Bartica today, to boost power generation in the Region Seven community.

The township is set to receive improved electricity distribution by Sunday, September 18.

Recently the Bartica Township was plagued with frequent power outages due to damage caused to two of the three power engines serving the town and its environs. This forced the Guyana Power and Light (GPL) to conduct scheduled outages.

Minister Patterson, at a press conference on Thursday at his Ministry’s office said, “I want to apologise to Bartica for the spate of blackouts they have been receiving. In Bartica we have three aged units. One was taken out for overhaul and the two others developed major faults, thus being served with one unit,” Minister Patterson said.

Further, the Minister explained that there is a challenge with the availability of land to house the generators. Bartica Mayor Gifford Marshall has urged the need to have the GPL facility relocated so there is no pollution in the commercial zone. 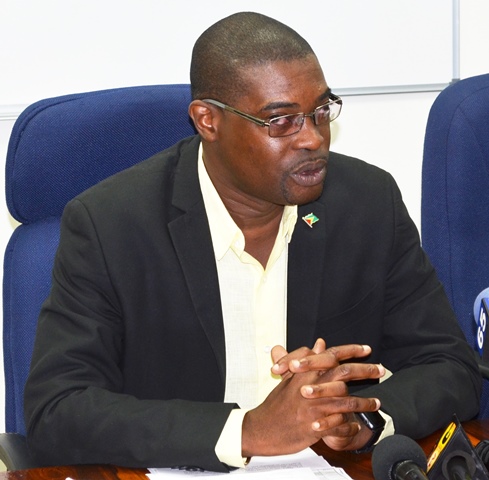 Minister Patterson explained that, “there is a piece of land opposite the market which we have to rent for $1.5M monthly, and even though it is not economical, we had no other option because we cannot allow the community to suffer anymore. I hope we find the alternative as soon as possible.”

Initially, the cable had been buried at a level of three metres. However, discussions are underway to have it buried at a minimum depth of nine metres. GPL has also been asked to examine the possibility of installing another cable.

The repairs are expected to be completed in mid-November, the Minister highlighted.