– referees see it as golden opportunity

Seventeen local referees today commenced the first of a five-day Futsal workshop being hosted by the Guyana Football Federation (GFF) at the National Resource Centre. The workshop is the first of its kind to be held in the country and been seen as a golden opportunity by the participating referees. It will be facilitated by FIFA Futsal Instructor out of the United States Shane Butler.

Butler said that a lot of videos will be used during the workshops to demonstrate some refereeing techniques that they can use to officiate the game. Butler said that by the end of the workshop, the referees will be well-equipped to officiate the upcoming GFF-ExxonMobil International Futsal Festival scheduled for December 27 through December 30, 2018. 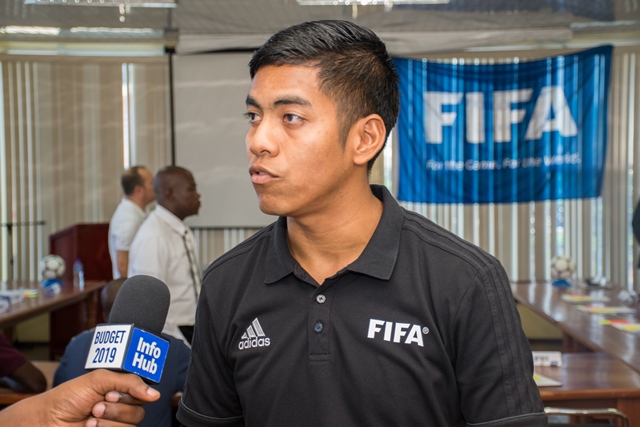 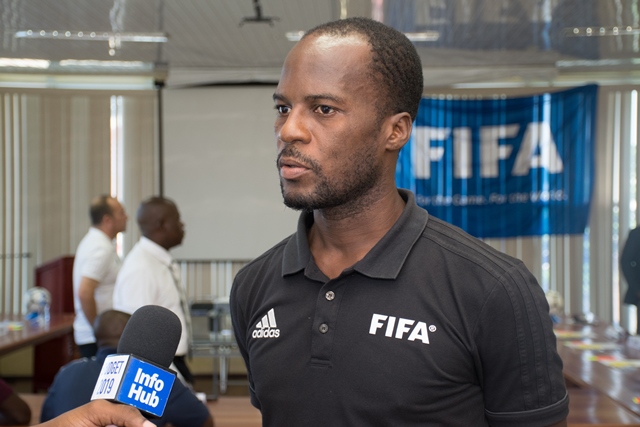 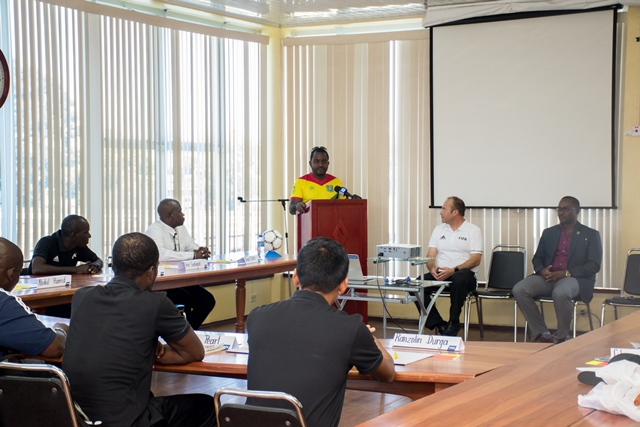 Participating Referees at the Futsal workshop.

“We will be discussing things like the severity of a foul, the level and how they can decide between a simple foul, a reckless foul and also we are going to do the interpretations that are different from the outdoor game, signaling, mechanics, field sessions, just to make the referees much better” Butler explained.

President of the GFF Wayne Forde said that with the expansion of the game, it is necessary that the GFF makes the much-needed investment to build the capacity of its referees.

“I want to ask you to bring an open mind, be as engaging as possible and try to walk away with as much information as possible” Forde encouraged.

Linval Peart one of the participating referees welcomed the workshop. “… we really need exercises like this. We have been through training but that would be like self-gained knowledge via the internet. So, having an instructor here is an opportunity you would never want to miss.”

Ranzolin Durga also shared similar sentiments stating that “it is a golden opportunity for me and of course all the other officials because Futsal has been kind of slow for a while in Guyana. So, it is really encouraging to be here and to be a part of this aspect of football.”

The workshop is just one of many undertaken by the GFF in an effort to build the capacity of their referees at every level of the game.