While many were gazing at the fireworks going off in the sky on New Year’s Eve, a few parents were hypnotized by their own little dazzlers at the New Amsterdam Hospital. Kellon Daniels was born at exactly 12:03 am to proud parents Janice and Kelvin Daniels.

Janice Daniels, 21, of Lot 97 Number 2 Village East Canje Berbice told the Department of Public Information that she was expected to give birth on January 18. However, when she began to experience nipping pain and cramps, she was rushed to the New Amsterdam Hospital on Old Year’s Night. Daniels was admitted and when into lengthy labour before having her baby through normal delivery. This is Daniel’s second son and she commended the midwives and nurses for providing safe delivery of her baby boy as she noted she was not quite prepared for his early arrival. 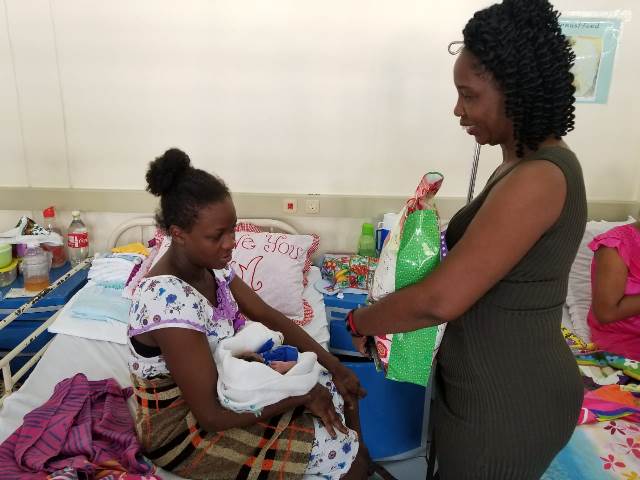 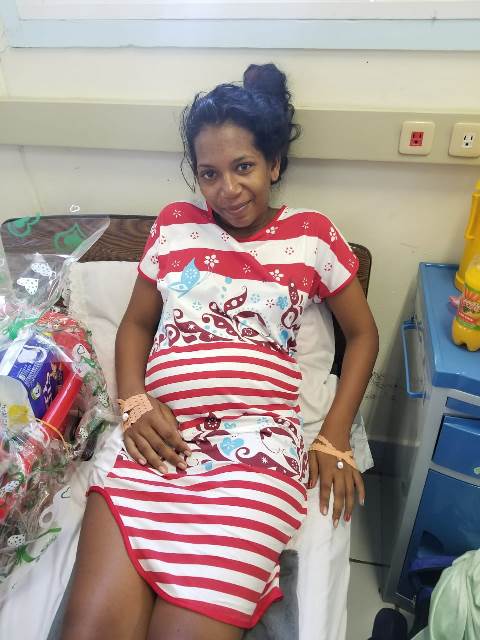 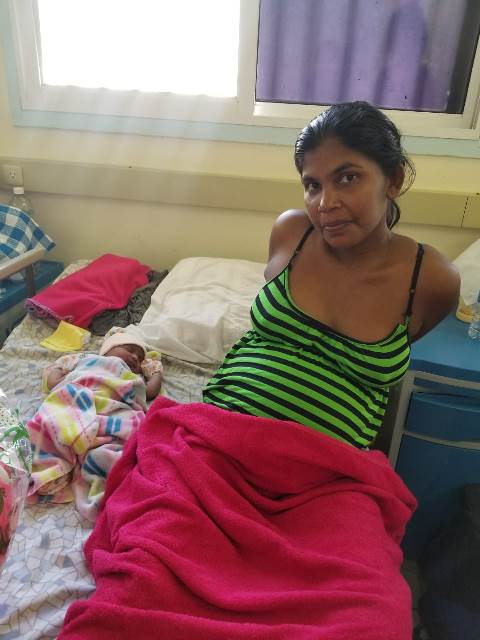 Sabita Singh the second mother to deliver with her baby girl. 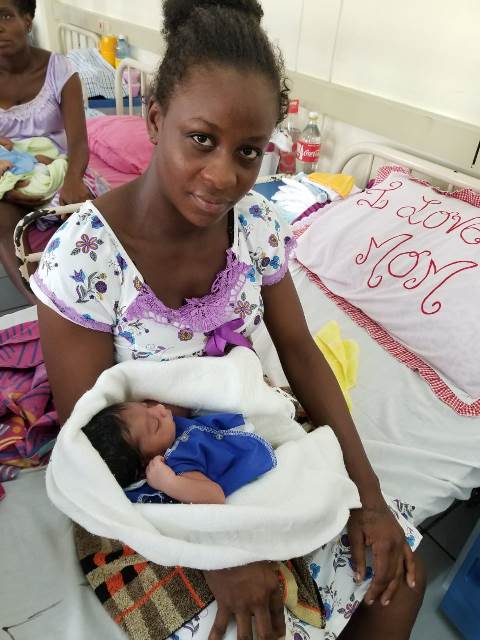 However, Sabita Singh, of Bath Settlement, West Coast Berbice says she was well prepared to welcome her baby girl since she was scheduled to deliver today. This is the 36-year-old mother’s fourth child.

Another first-time mother, Melanie Nevil also delivered her first child, a girl, in the early hours of 2019. She noted that the doctors, midwives and nurses at the New Amsterdam Hospital were very supportive and comforted her during the delivery which helped her to overcome her nervousness. The young mother of Number 73 Village Corentyne says it is an extremely joyful moment for both herself and her husband who is a rice farmer to become first-time parents.

Another mother was in the process of delivering her baby when the DPI visited the New Amsterdam Hospital.

Hampers and gifts were presented to the mothers and their babies by the staff of the hospital. The Director of Regional Health Services for East Berbice-Corentyne, Jevaughn Andrew Stephen used this opportunity to encourage other pregnant mothers to make use of the free delivery services offered at the public hospitals in the region.

Stephen extended New Year’s wishes to the entire Region Six and beyond. “As we enter into a new year let us all live together in love and unity and let progress be the guide for another year,” he noted.