The Central Islamic Organisation of Guyana (CIOG) today, received high praises from the Government for its work in caring and protecting the almost 500 orphans and vulnerable children in its care. 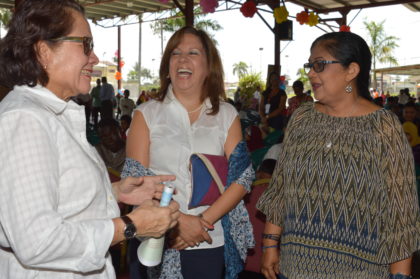 Speaking at the formal opening of the Annual Orphan’s Fun Day at the CIOG complex, Woolford Avenue, Georgetown, Prime Minister Moses Nagamootoo told the gathering of children and young people, that the work of the CIOG must be seen as a tribute to the Muslim community, “that they have taken the bold step to accommodate orphans and vulnerable children. This has been a job well done over the years for taking over this great humanitarian task of taking care of our children.”

The PM added, “This shows that there is love and care for children who have unfortunately lost their parents or they have been abandoned, and this shows the compassion by not only accommodating them, but by educating them as well,” the Prime Minister stated.

The Prime Minister who expressed his personal appreciation as well for the work done by the CIOG said, “This work and commitment has resulted in many young people who passed through and still continue to be cared for by the institution.”

First Lady, Mrs. Sandra Granger in her remarks expressed heartfelt gratitude to the Orphans and Vulnerable Children’s department of the COIG, which undertook as its mission to provide care and assistance to the almost 500 children. Mrs. Granger said she was extremely pleased to have been invited to the event and called on everyone to ensure that children are told and shown that they are valuable and important members of the community.

“The orphans and vulnerable children’s department has expanded its assistance to non-Muslim children which signals COIG’s aim of inclusivity, and this happens in all the 10 regions I have been told. So I want to commend COIG for its very valuable work among our citizens,” Mrs. Granger stated.

In his remarks, United States Ambassador to Guyana, Perry Holloway, told the young people that they are the future of Guyana, “and looking at you in the crowd, I know Guyana is in excellent hands and I want to thank the CIOG for letting these kids know that there is someone out there who cares about them.” The United States Government is one of the many contributors and sponsors of the programme.

Giving an overview of the CIOG’s work, especially caring and protecting the orphans and vulnerable children, Director of the organisation, Sheikh Moen-ul–Hack said the CIOG began this programme almost 20 years ago with 15 Muslim children.

Today, the CIOG is responsible for the full care of close to 500 orphans and vulnerable children from all religious backgrounds. “We think this is the best way to start the re-integration process,” Moen-ul–Hack said.

Also in attendance was wife of the Prime Minister, Mrs. Sita Nagamootoo and  wife of the United States Ambassador, Mrs. Rosaura Holloway.

Several of the children who were successful at the recent National Grade Six Assessment (NGSA) and the Caribbean Secondary Education Certificate (CSEC) were presented with certificates and prizes. 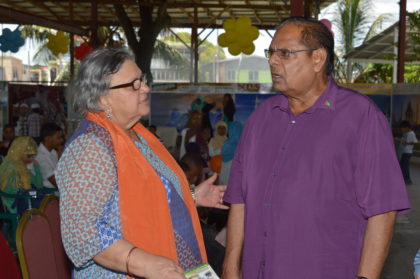 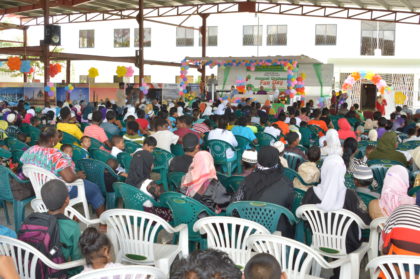 The gathering at the CIOG fun day 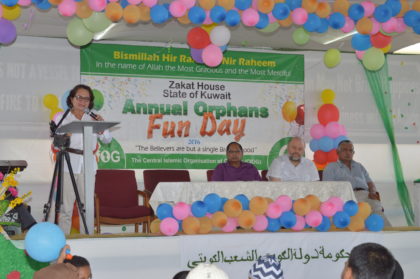 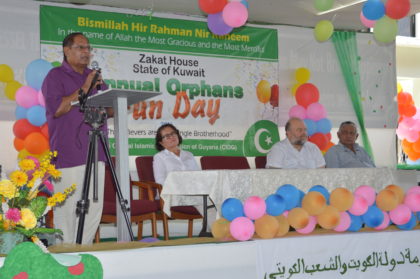