Minister within the Ministry of Public Health, Dr. Karen Cummings recently visited the mothers who had stillborn babies at the Lethem hospital during the month of July.

The two mothers have reportedly given birth to the dead babies under mysterious circumstances which prompted the Minister, along with Pathologist Dr. Nehal Singh and his team to launch an immediate investigation into the cause of death of the two babies. 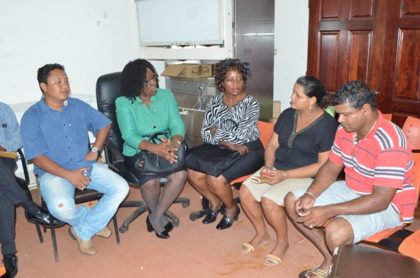 At the first meeting with Christina Teloki, the mother complained that doctors gave her no reasonable attention in her hypertensive state. However, the Regional Health Officer reported that Teloki had an alarmingly high blood pressure level which saw the nurses continually administering medication to stabilise it at the time.

Dr. Chowdry explained that Teloki was released from hospital after the blood pressure level was normalised. Teloki returned to the hospital and gave birth to a still born.

The second mother, Nalita Greene had a different case. Her stillbirth was as a result of her default in pre-natal maternity treatment. Dr. Chowdry explained that Greene chose not to attend clinic and never saw a doctor during the last stages of her pregnancy. 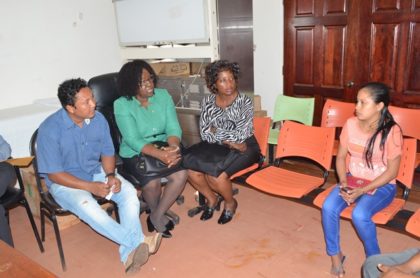 Dr. Singh and his team of pathology assistants carried out two post-mortem examinations on the bodies of the still births to determine the actual cause of death.

The official post- mortem reports of the babies’ cause of death are to be released shortly by the Regional Health Services Department, Ministry of Public Health.