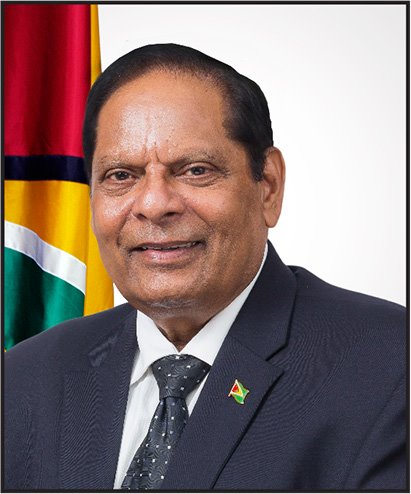 All must condemn neo-fascist plan

I have seen on social media what appears to be an insurrectionary and bloody plan to “shut down the country”, and to cause widespread acts of terrorism and economic sabotage.

The plan was issued by an apparent PPP front calling itself “1953movement” which is advising the PPP/C to “take full control over all 6 regions they won”. This is a call treasonable for secession, which includes foreign invasion of Guyana by invitation under the guise of “a peace keeping force”.

This plan aims at isolating and starving the people of Georgetown, the capital which comprises the single largest section of Guyana’s mainly Afro-Guyanese population. “No agricultural produces should reach the city”, one of several terrorist manuals stated. Another urged closure of businesses in the city, especially bakeries.

This is the latest in what appears to be a wicked, criminal, cold-blooded neo-fascist plan whose manuals have been posted on social media.

It is clear that this seditious exercise is to destabilize the country and to promote an armed and racist insurrection in Guyana.

I call on the Guyanese people and their organisations to immediately condemn this plan which, if implemented, could be tantamount to waging an undeclared war of genocide against the urban population. They must call for national dialogue.

The PPP has to distance itself from this “plan”, and to publicly urge its mainly Indo-Guyanese supporters not to play any part in this racist scheme, and not to allow criminal acts to be executed in their name or on their behalf.

The Jagdeo-Ali PPP already has the blood of one person on its hands, as a result of its violent post-polling protests. Those involved attacks on police personnel, injuries to school children, terrorism against commuters, arson of state properties, looting and widespread intimidation of government supporters.

It is unfortunate, if not tragic, that contesting political parties which have arrayed themselves against the APNU+AFC have not condemned those acts of violence, nor have observers groups done so.

I urge all of our peace-loving Guyanese people not to be provoked by the pro-PPP conspirators, not to be intimidated by their divisive tactics. Guyanese should remain calm, and keep the peace. They should allow all disputes over the outcome of the March 2 elections to be adjudicated by the constitutional court and the Guyana Elections Commission.

I urge you to be vigilant and to guard our democracy from all trouble-makers!