The Ministry of Housing and Water is exploring plans for better water services to enhance the lives of residents in Batavia and Karrau in Cuyuni-Mazaruni (Region Seven).

Minister, Hon. Collin Croal, together with Guyana Water Incorporated (GWI) Director of Operations, Mr. Dwayne Shako, and other GWI representatives, visited both communities on Sunday, where he outlined plans for the area during a series of meetings. 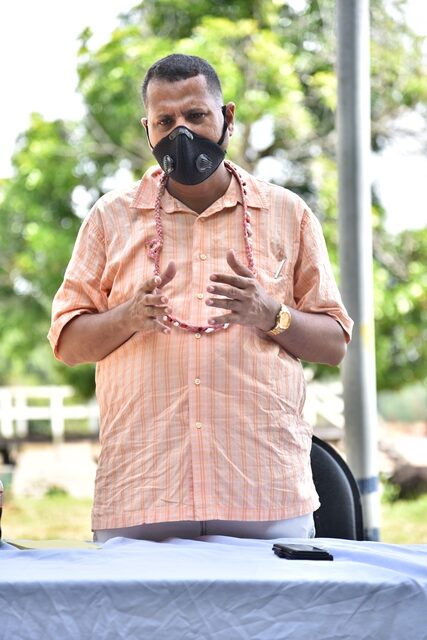 Minister of Housing and Water, Hon. Collin Croal outlines his plans to Region Seven during a meeting with residents. 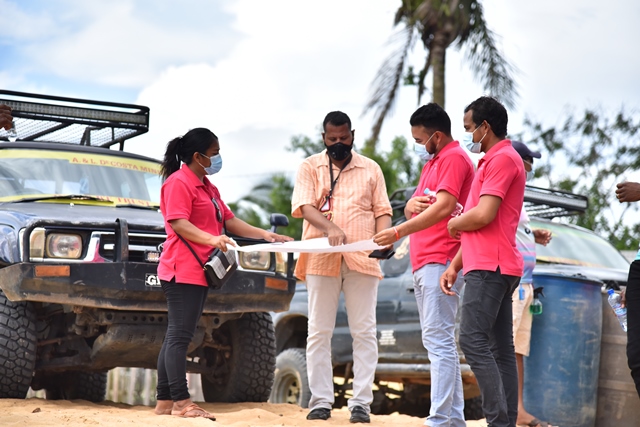 “There will be what you call an assessment done, in terms of examining your livelihood [and] where you live to see what systems they [GWI] can best put in place in maximising and providing the service, to as many persons as possible,” Minister Croal said.

Following the meeting, the team examined the existing water systems in both communities.

At Batavia, residents rely on one water well, while Karrau has two, inclusive of a GWI solar well.

However, water expansion is needed for underserved and unserved areas in the communities, as they develop and the populace grows.

The recommendations from the GWI assessments are expected to be provided as soon as completed.

Residents in both communities also raised the issue of water pollution from nearby mining camps, which Minister Croal said would be addressed. To this end, there are plans to have the Compliance Department from the Natural Resources Ministry visit the areas.

“There are perimeters when you’re doing dredging […] it has to be done in certain distances,” Minister Croal said, even as he noted that the necessary protocols will be enforced by the unit.

Residents also raised housing matters. In response, the Minister assured them that the Hinterland Housing Programme is being designed to cater for their housing needs in the new year.

Additionally, land acquisitions are in progress with the Guyana Lands and Surveys Commission and other agencies to streamline major plans for house lot allocations and other development plans in the region.