The new structure will serve the catchment area of Herstelling, Providence South, Barnwell, Junor and Mocha Arcadia. These areas are known for the cultivation of plantains, banana, ground provision, citrus, mangoes and other cash crops. They also engage in the rearing of livestock such as cattle, sheep and goats, swine and poultry. 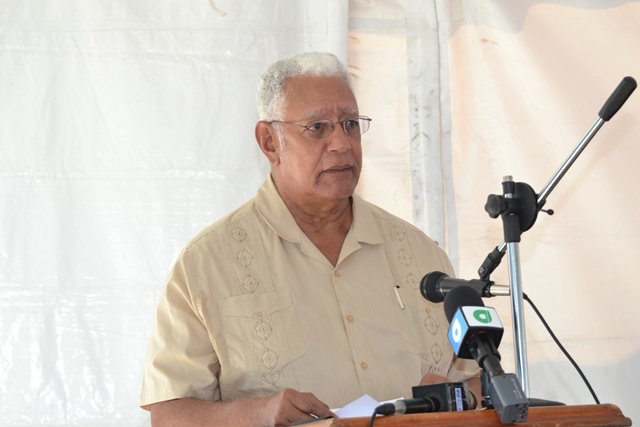 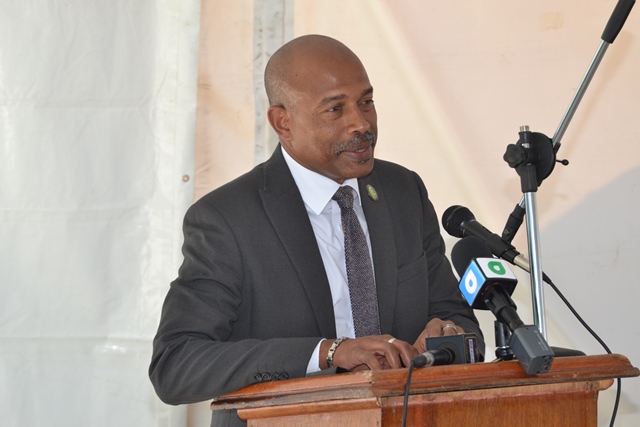 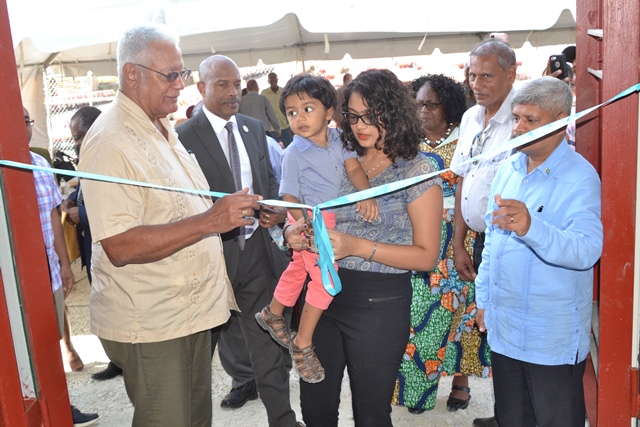 Minister Holder witnesses the cutting of the ribbon by a child of the community. 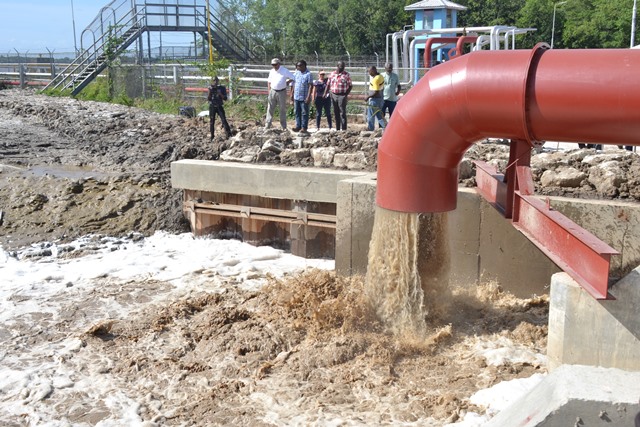 The pump in action.

Minister of Agriculture, Noel Holder, in his address at the ceremony, highlighted the other benefits of the project, and the work done by the Ministry thus far under this initiative.

“Under the project thus far, we have constructed 7.52km of new irrigation canals, excavated and rehabilitated 67.6km of irrigation channels and 70.6km of drainage channels. We have also rehabilitated 32km of fair-weather dams. Land clearing of 400 acres and 297 acres of land preparation have also been achieved. I must point out that the land preparation (ploughing and chipping) are contracts awarded through community participation to the co-operatives in these areas,” Minister Holder said.

The project is funded by the CARICOM Development Fund, which has disbursed US$18.94 Million for projects in Guyana since February of 2014, over their first two funding cycles.

CEO of the fund, Rodinald Soomer in his remarks, explained the components of the funding for this project.

“The CDF’s Second Country Assistance programme for Guyana, of which this pump station is one component, was approved on July 21, 2016, and signed on December 12, 2016 for funding totalling US$10.4 Million [GYD $2.1B], comprising a blend of grant financing of US$3.8 Million [GYD$795.6M] and a loan of US$6.6 Million [GYD1.4B]. To date, 88.3 percent % of the approved amounts for this second cycle programme have been disbursed and this programme is also on course to be completed on time and within budget.”

Under the project, the President’s College Farm will also be Rehabilitated as a part of the initiative by the Ministry of Agriculture to further promote agriculture in Schools

“Under this project, we will undertake the rehabilitation of the Presidents College Farm, to promote and develop Climate Resilient Agricultural programmes in schools. The sum of $44.3 Million GYD to upgrade farm access roads, construction of a shade house and perimeter fencing, and the establishment of 11 acres of passion fruit, an orchard, beans, and 15 acres of pasture with corresponding irrigation systems.