Some 2,000 Lima Sands and Dredge Creek residents can expect to get relief from flooding by year-end, when the Pomeroon-Supenaam Regional Democratic Council (RDC) completes construction of a $4 million concrete culvert across the Lima Sands Road.

The project is 65 per cent complete.

The RDC had budgeted for the culvert to alleviate continual flooding from the backlands and the Tapakuma savannah. 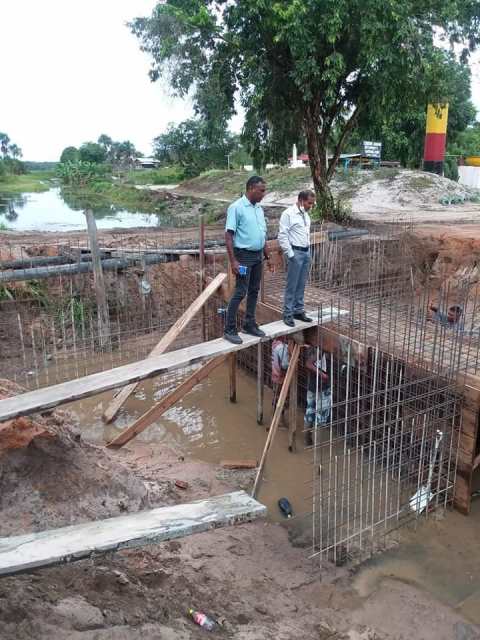 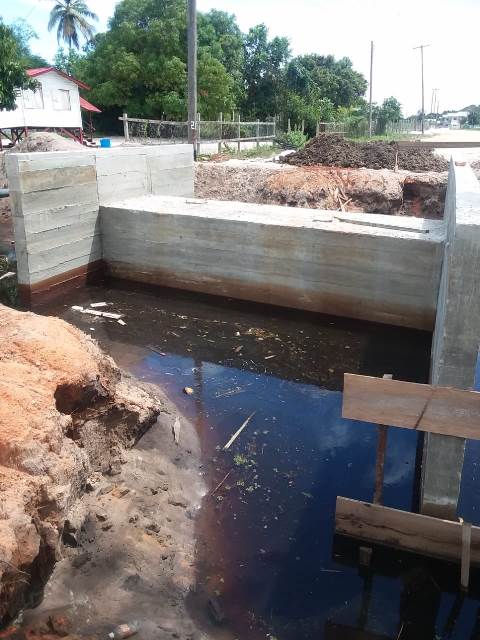 An overview of the construction of the Lima Sands concrete culvert 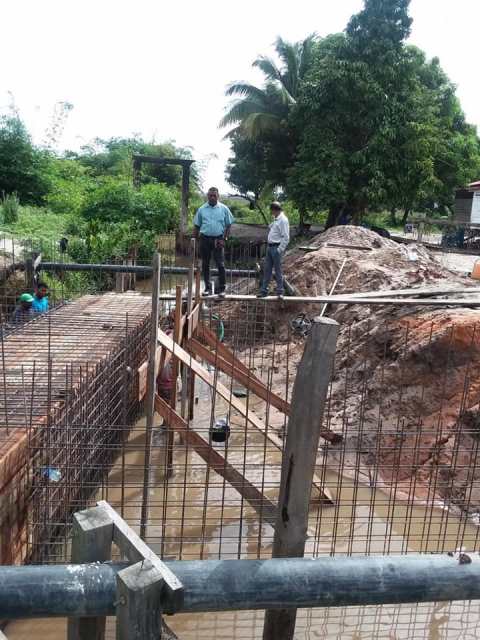 Regional Vice-Chairman, Mr Humace Oudit said the culvert is one of the many initiatives the regional administration has undertaken to enhance residents’ lives.

“There are other minor projects, unlike this major one, within communities like Dartmouth, and Charity – that community’s bridge broke down [and] is currently being fixed… We will address all needs to be done,” Mr. Ouditsaid.

In 2018, the RDC started construction on a new section of road. It was subsequently abandoned after Councillors had argued that the new construction was narrow and inferior and had started to erode one month after initial construction.