Some 600 residents of Annai in the North Rupununi, Region 9, are set to benefit from a clean, renewable and reliable energy source with the installation of a 300-kilowatt solar farm.

The pilot project is part of a Hinterland Electrification programme funded by the International Solar Alliance (ISA) at the cost of $200M (US$1M). This will be a utility-scale installation rather than rooftop solar, to ensure all the villages are powered.

On Friday, a team comprising Minister of Indigenous Peoples’ Affairs, Hon. Sydney Allicock, Member of Parliament (MP), Hon. Mervyn Williams, Guyana High Commissioner to India, HE David Pollard and representatives from the Ministry of Foreign Affairs, the Guyana Energy Agency (GEA) and the Hinterland Electrification Programme briefed the residents on the project. The team also visited the identified location for the project. 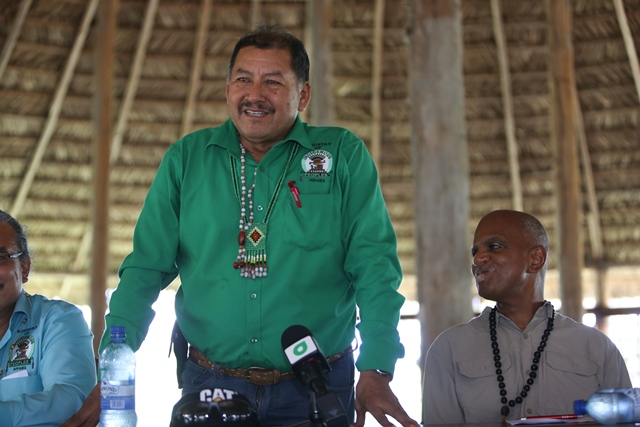 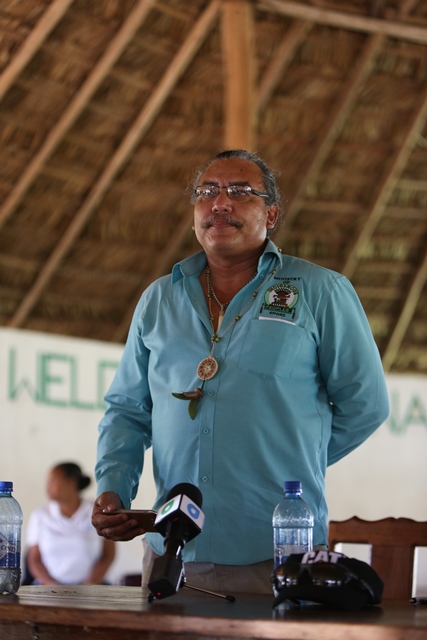 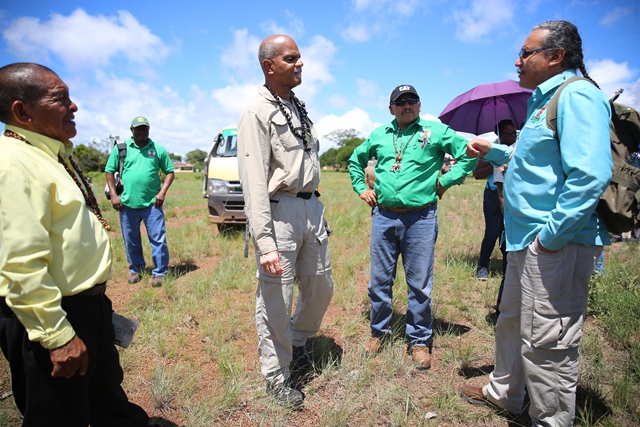 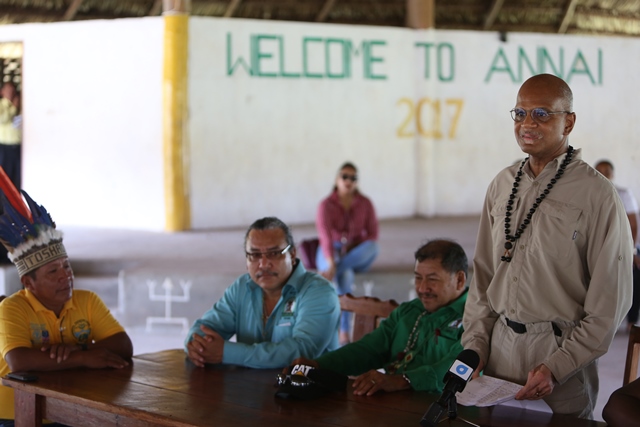 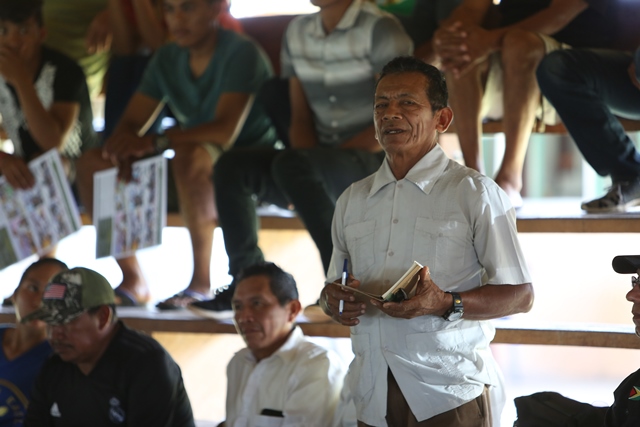 A resident of Annai raising a concern. 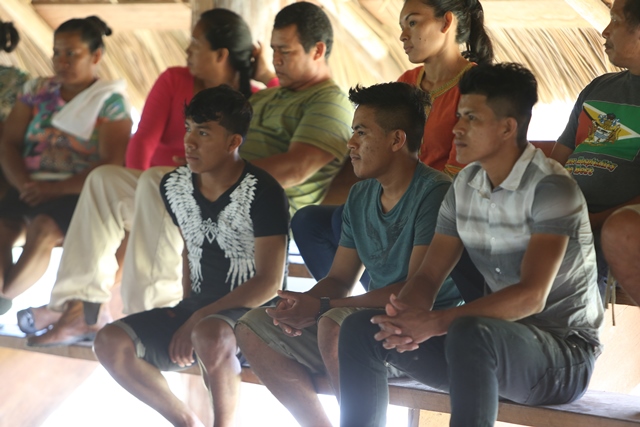 A section of those present at the meeting.

At a community engagement at the village Benab, High Commissioner Pollard explained, Annai was adopted by the International Solar Alliance (ISA) when the leaders saw the rich unspoiled area via videos and photographs. The area has the highest density of protected areas in Guyana and is an area with a high commitment to environmental sustainability.

“That represents some level of commitment in Indian together with ours to ensure that what we are here to talk about today will come to fruition. It is notable that President David Granger himself felt that he needed to be involved in the decision. That adoption by the ISA must be a real commitment to try to develop the project as part of a wider project to pursue solar energy in Guyana’s interior.”

The aim is to provide an adequate supply of energy that will not damage the environment and at the same time, lead the way for the creation of jobs and more positive economic activities in the North Rupununi. The High Commissioner pointed out that ultimately, the plan is to ensure every household is fully powered with the same amount of energy as those the coast, as well as any other household in any other country.

“For instance, the system that you currently have here expects that there only needs to be 65 watts of electricity per person. Sixty-five watts powers one of those old fashion bulbs, not the LED bulbs and not much else… that is one of the main things we want to change with these new plants. Now we aim to provide each household and therefore each person with similar amounts of electricity as the people on the coast.”

In his remarks, Minister Allicock noted the project is in keeping with the ‘Green State’ agenda that focuses on improving the lives of the people, while at the same time preserving the environment.

“The dream of the president and government as a whole is to provide a better life for the people, especially those in the hinterland… we have been working towards a healthy ecosystem, preserving our natural environment… We have been talking about projects that will not cause harm to the environment such as solar energy.”

The Indigenous Affairs Minister urged the residents to begin streamlining cottage industries that can be pursued once cheap energy becomes available. This, he added, will complement the Linden to Lethem road project and the Hinterland Green Enterprise Centre under construction at Bina Hill.

MP Williams noted that the initiative is the beginning of a larger programme being executed by the Coalition Government to transform public infrastructure in the hinterland. This is aimed at bringing the hinterland on equal footing with the city of Georgetown and other coastal areas.

He spoke of the connection between solar power and education, health and communication, noting that having reliable energy means that the education system will be boosted with the smart classroom and the e-Health programme can be initiated at health centres across the country.

As a member of the International Solar Alliance (ISA), Guyana will benefit from a $3.2Billion (US$15M) line of credit, from which the government plans to power approximately 40 Indigenous communities in Regions 1, 2, 6, 7, 8 and 9. The Ministries of Indigenous Peoples’ Affairs and Communities have been tasked with identifying these villages, and it is anticipated that 4 megawatts of power will be achieved from this project.

Depending on the outcome of the Annai pilot project, the government will decide how it will move forward with the remaining selected villages.