The community of Mainstay/Whyaka, Region Two, commissioned its community ground with a grand inter-community football match on April 9. The ground is now equipped with flood lights and a pavilion that can accommodate more than 300 persons. 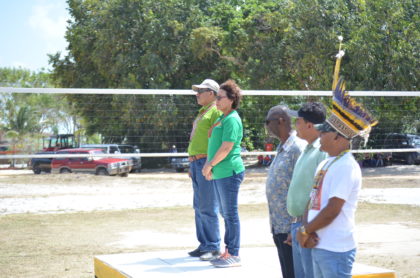 The ground, which was commissioned to the tune of $7M, was made possible through support from United States Oil giant, ExxonMobil.

Minister Allicock commended the community for organising such an event that brought not just its residents together, but those of surrounding communities. He said that Mainstay can be an example for other communities to follow.

Minister Allicock said that the Indigenous population has a lot of talent, noting that those talents can be used as an instrument for uniting people. “…We have talent…football began with the Indigenous people many years ago. We the Indigenous people have a role to play in uniting this nation, bringing together one another to understand what a beautiful country we have,” the Minister said.

Minister Allicock also spoke about the discovery of oil in Guyana. He told the residents that they must be prepared for the anticipated benefits this new and emerging sector will bring to Guyanese.

“What we are seeing here, it is the social corporate responsibility of the company (ExxonMobil) to help communities such as this. Take the lead, get up and get…while this money is coming don’t forget the other sectors, like agriculture to ensure that we have enough food,” Minister Allicock told the gathering. He urged them to look at the indirect benefits from this new sector.

Minister Garrido-Lowe, who is responsible for men, women and sports, said that, “It’s always a happy moment to be somewhere where 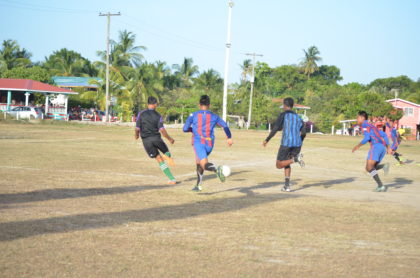 sports is taking place. To me sportsmen and women are God’s gift to this world, because they sacrifice so much to make us proud.”

Minister Garrido-Lowe said that sports has many benefits to as individual, as it requires discipline and hard work. She urged the community to come together and level the playground.

Meanwhile, James said that this project is one of many that ExxonMobil will be executing in communities on the coast. Mainstay is one of the first local communities the company has partnered with.

“When first we came, the entry point was games, football and volleyball. The leader indicated that his priority was to have this ground equipped with lights, he considered it a centre of activity for the entire Essequibo Coast, a centre for activities for the lake district and so we responded and the light is one of the contributions from the company,” James explained.

James said that another project that the company will be working with the community on is the transfer of traditional knowledge between the elders and the youths. The company believes that it is important to help this community to preserve its tradition.

Chairman of the National Toshaos Council (NTC) Joel Frederick said that the ground will be of significant benefit to the residents, especially the young people.  He however, noted that much more needs to be done to bring the community to a certain standard. 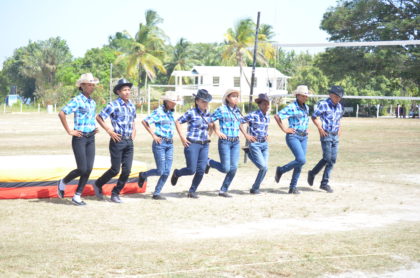 Youths from Mainstay during a cultural presentation 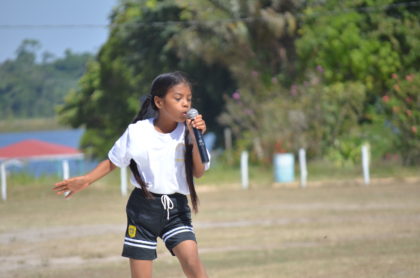 A student during a cultural presentation 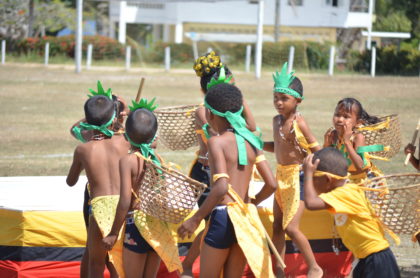 Students of Mainstay during a cultural presentation 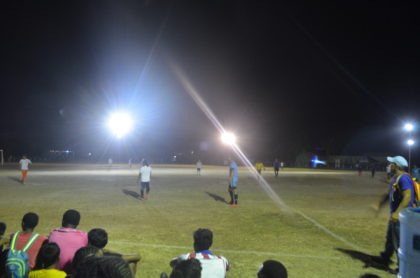 The lights at the playground