Amazon Warriors to face off with Zouks

The Guyana Amazon Warriors will face off with the St. Lucia Zouks on Thursday at the Providence National Stadium in the hunt for their first Caribbean Premier League (CPL) title.

Based on the batting power and experience in the team’s line up, Head Coach of the Warriors Johan Botha is confident going into the first match. Unlike last year, Botha said that there is a great deal of batting power surrounding Shimron Hetmyer, the team’s leading scorer in the last tournament.

Captain of the team, Shoaib Malik, Brandon King, Chanderpaul Hemraj, Sherfane Rutherford and marquee player, Nicholas Pooran are some of the names referred. He said heading into the tournament, everyone is fit and ready for the challenge. 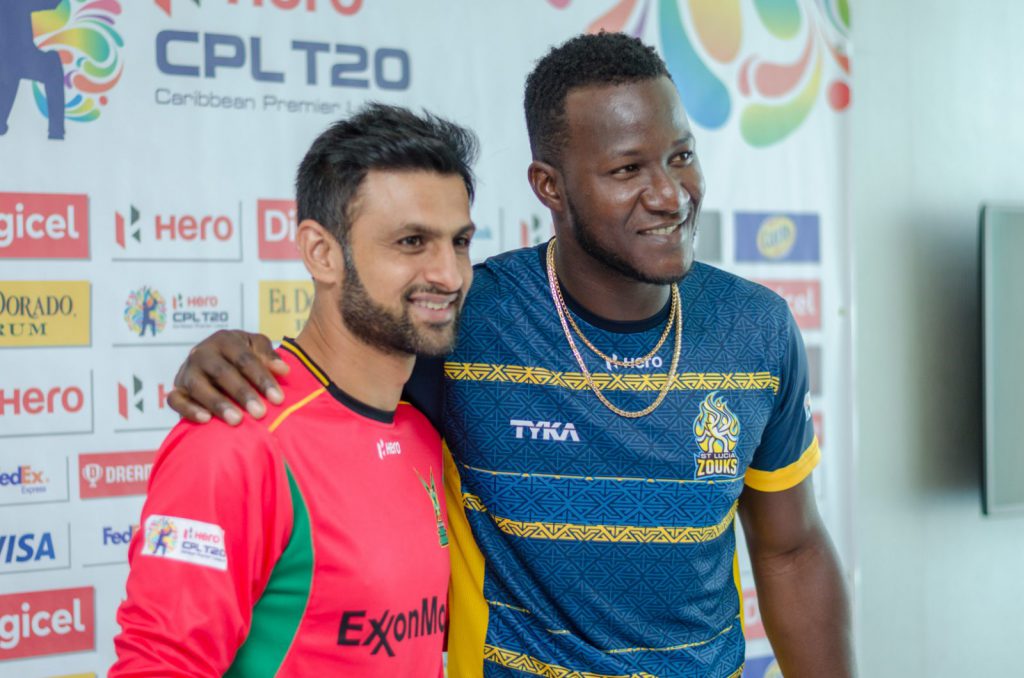 However, Captain of the Warriors team, Malik is cognisant of the fact that every match is vital to lifting the trophy. “The process is long; we are not just looking at the trophy we are looking at what we have in our hands and that is to stay consistent in the tournament. The first few games are very crucial for any team and we are looking forward to doing well especially since we are starting from home games,” he stated.

The Zouks, who are yet to make it to a final round, are aiming to make their debut appearance in the ultimate game. Captain of the Zouks, Darren Sammy noted that winning matches is the first step.

“We got to win games. You cannot get the title if you do not win cricket matches. That would be our focus. We have the guys in the dressing room who could make that happen and we are looking to start here against a very consistent Amazon Warriors’ team,” Sammy said.

Cricket fans can expect an explosive match between the two teams filled with hard-hitting batsmen. Guyanese are invited to come out in their numbers and support the warriors in their quest for the ever-elusive CPL title.  The match begins at 18:00hrs.