East Coast Demerara students were today encouraged to study and embrace African culture, as the Ministry of the Presidency, Department of Social Cohesion in collaboration with the Regional Democratic Council, Region Four hosted an exhibition and lecture series at the Beterverwagting Secondary, in observance of Black History month 2018. 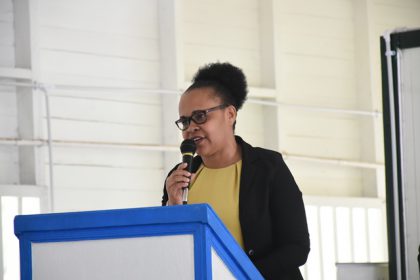 Regional Executive Officer (REO) of Region Four, Pauline Lucas praised the event, since she believes it will educate students about their ancestors and their contributions.

“These are things you need to know. These are things that will help you understand what contributions were made by all the different groups that came to Guyana. And we should all be proud of that because without them doing that, we would not be here today”, Phillips stated.

Caricom IKEMBA Representative, Onika Frank urged students to embrace their skin tone and love themselves in understanding their identity. She further encouraged them to become youth advocates and volunteers in various culture groups, which include the National Reparations Committee. 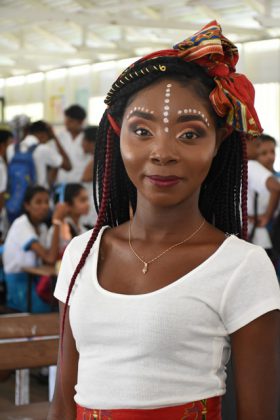 Students and Teachers of the region who attended the event considered it as an educational one.

Student of the La Bonne Intention (LBI) Secondary, Shania McKenzie told DPI, “I am very pleased at this event. I am glad that we have this going on, in honour of our black folks and giving them honour for every contribution they made. I am very proud to be a black person in Guyana, so this brings me a lot of joy.”

Teacher of the Beterverwagting (BV) Secondary School, Angela Benn described the event as educational, “because most of the children got to learn about the Black History month. Not much of them were aware of it, so they were able to learn about persons who made contributions towards the observance of this month.”

According to the Ministry of Social Cohesion, Culture, Youth and Sports Department, Youth Officer, Gillian Frank, the observance is being carried out in several regions across Guyana. However, this year only one lecture series will be held on the East Coast District since the ministry decided to honor several persons instead.

Black History Month 2018 in Guyana, under ACDA, is being observed under the theme: “Celebrating 25 years of Activism, Community Development, and Servant Leadership”. 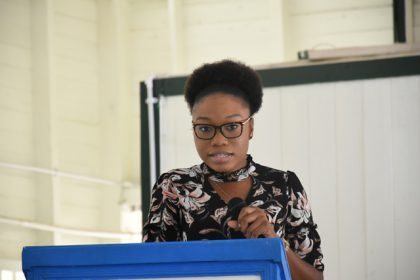 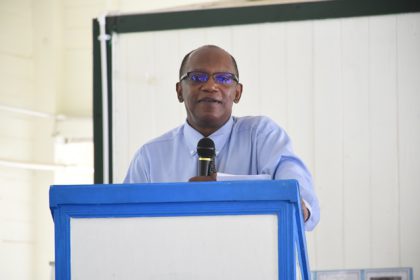 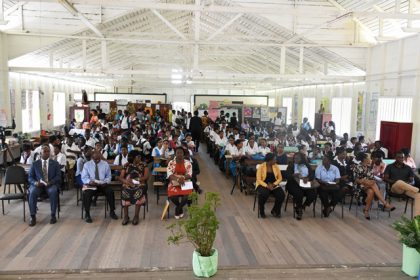