─ suspected mastermind in the murder of a gold miner

Delon Morgan, who is also known as ‘Demon’, was caught an arrested by the Guyana Police Force (GPF) at a roadblock on the Cove and John Public Road on the East Coast of Demerara (EDC) at 5:45am today.

‘Demon’ is wanted in connection with the murder of well-known gold miner Deon Stoll. Morgan, who is known to law enforcement, having had several encounters with the police, is believed to be the mastermind behind the gunning down of the Stoll. 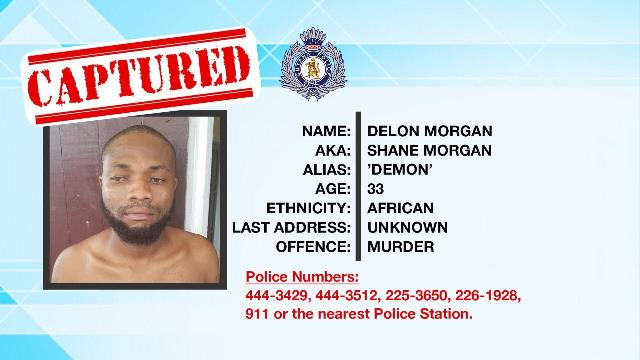 Delon Morgan, the suspected mastermind in the murder of gold miner, Deon Stoll. 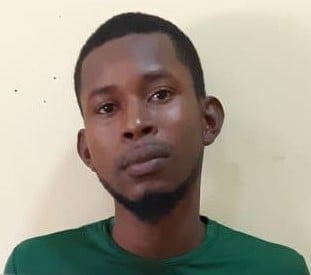 Lennox Estwic, the suspect in the murder of gold miner, Deon Stoll.

The arrest came just three days after the GPF issued a wanted bulletin for Morgan and Lennox Estwic, who is believed to be connected with the murder of the gold miner.

In 2017, Morgan was charged for allegedly robbing a bank customer in Diamond shortly after a cash withdrawal was made. In the same year, he was also accused of being part of a gang that carried out robberies on the ECD, including on Superbet employees.

As it relates to Estwic, he was one of several gang members arrested by police in Linden in a murder probe. In 2015, he was part of a gang which allegedly committed several burglaries in Linden for which he was granted bail. In January 2018, he was also jointly charged with the Linden farmer in the alleged shooting at Dillon Batson.

Doctor Alonza De Santos, Wayne St. Hill and Steve Rollox are the other persons who have so far been arrested in connection with the attack on the gold miner.

Stoll lost his life on October 14, 2019, while in the company of his driver. The duo came under attack by two gunmen just after pulling up in front of the El Dorado Trading Company in Kitty.

Investigations into the murder continue.