The Caribbean Court of Justice (CCJ) today made it clear that it has not assumed jurisdiction to hear the leave for appeal matter filed by PPP’s General Secretary Bharrat Jagdeo and Presidential Candidate Irfaan Ally.

This point was raised during the case management conference for the preliminary and substantive hearing for the matter set to begin on Wednesday, July 1.

The Hon. Justice Denys Barrow emphasised that the court can only make such a determination after submissions have been received. 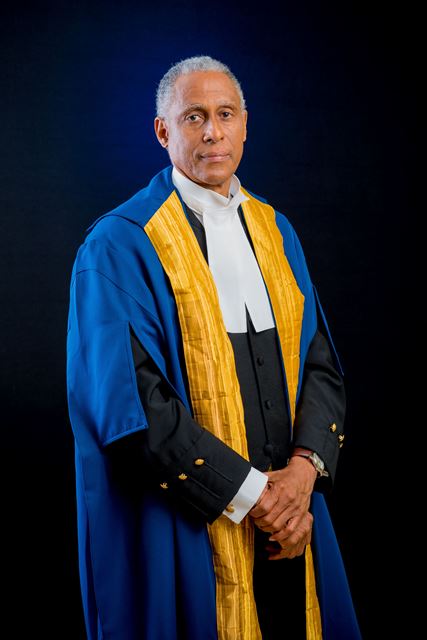 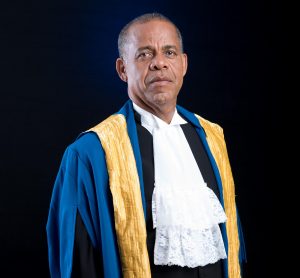 “I would like to express the very firm conviction that all counsel would convey to all persons who may listen to them that this court has not decided that it has jurisdiction,” Justice Barrow stated.

President of the CCJ, the Hon. Justice Adrian Saunders told attorneys that jurisdiction will only be decided on after all the submissions have been received.

“So that the fact that we have had this case management conference and making orders to receive submissions is not to be taken as if we have already decided on the issue of jurisdiction. It is an issue which we have to decide and in order to decide if we have to put in place certain management processes after the receipt of submissions,” he stated via the virtual hearing.

The Trinidad-based appellate court is being asked by the PPP, to set aside all decisions made by Guyana’s Court of Appeal on Monday, June 22, when the Guyana Elections Commission (GECOM) was ordered to interpret the words “valid votes cast” in Article 177 (2) (b) of the Constitution to mean “more valid votes cast,” and to consider the ruling during the determination of the results of March 2, 2020, General and Regional Elections.

The opposition’s application is also contending that the Appeal Court did not have the jurisdiction to hear the Eslyn David vs GECOM matter. The Court ruled that it had such jurisdiction and pointed to Article 177 (4) of the Constitution. The very article also states that any decision made by the Appeal Court is final and cannot be appealed.

Fifth respondent, Attorney General Basil Williams along with Lawyers for David have already contended that the CCJ is without jurisdiction to hear the matter as both Article 177 (4) of the Constitution and the Part II of the Caribbean Court of Justice Act Cap 3:07 have made this clear.

Addressing the housekeeping matters, Justice Saunders proposed that the court address the application for special leave and the objection at the same time. In the event the appeal is granted, the substantive appeal and arguments will be consolidated in the hearing on Wednesday.

Parties have been given until Tuesday, June 30, to submit their written submissions on the special leave application.

He said the principal issues before the CCJ, are whether Guyana’s Court of Appeal had the jurisdiction to entertain the Eslyn David vs GECOM Application. And if the Court lacked jurisdiction, what is the consequence in relation to the proposed appeal to the CCJ.

The CCJ will also have to decide that if the Court of Appeal had rightly decided jurisdiction, what is the consequence of that in relation to the proposed appeal to the CCJ.

It will also be asking whether the Court of Appeal rightly assumed jurisdiction and exceeded that jurisdiction, and what is the consequence of that in relation to the proposed appeal to the CCJ.

Justice Saunders said those issues have been captured in all of the submissions so far.