The Civil Defence Commission (CDC) has activated its response mechanism to facilitate assistance and support for the Caribbean island of The Bahamas, which has suffered devastating effects from Hurricane Dorian.

Speaking to the Department of Public Information (DPI), Director-General (DG) of the CDC, Lieutenant Colonel Kester Craig, indicated that measures being taken to mobilise and dispatch resources to the hurricane-ravaged island. 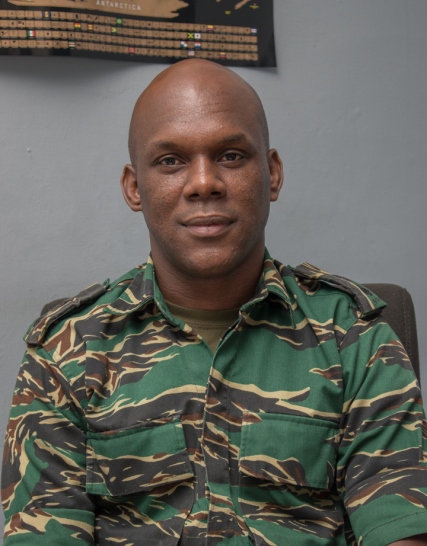 “The total count of loss and damages is not yet available but we have already started to take proactive action in anticipation of what may be some of the expected impacts as a result of Dorian,” the DG said.

The devastation is reportedly unprecedented and extensive, with many homes, businesses and other buildings completely or partially destroyed. Craig stated that while relief efforts are being mobilised, the needs of the affected state needs to be assessed and identified before materials and resources are dispatched.

“At the moment, they have listed some needs which include pumps reverse osmosis plants, large storage for water and a few other items and based on what is coming out of the Caribbean Disaster Emergency Management Agency (CDEMA), who is leading the relief coordination, the major need right now is financial support.”

Guyana has also been supporting the relief efforts by having standby teams to be part of the CDEMA mechanism.

According to Craig, CDEMA has requested an Oil and Gas Specialist in refineries to be identified within the member states so they can be deployed to the island as part of the RNAT. The CDC is in contact with the Department of Energy (DE) and other key partners to identify such an expert.

He noted that the Minister of State, Hon. Dawn Hastings-Williams has been updated on the situation and has already briefed Cabinet on Guyana’s preparedness to respond.

CDC also plans to establish accounts at various commercial banks in Guyana so persons can make donations for relief efforts in the island. The monies raised would be used to support response teams deployed, establish and manage shelters and to procure relief supplies. The accounts’ information will be circulated as soon as they are made available.

In a release, the commission stated that will also be reaching out to Guyanese living in The Bahamas who were impacted, through the Ministry of Foreign Affairs, to determine what level of support is needed.

On Sunday, September 1, 2019, Hurricane Dorian, a Category 5 storm, made landfall on the Bahamas at Elbow Cay, Abacos Islands at approximately 12:40 pm with 185 mph winds. On Tuesday, September 3, 2019, it downgraded to a Category 3 hurricane, still exhibiting slow forward movement. As such, the impact on Grand Bahama is still expected over the next twelve (12) hours.  The total population expected to be affected on Grand Bahama and Abacos Islands is estimated at 76,278. So far five (5) persons have been confirmed dead on Abacos Islands.

The commission expressed Guyana’s solidarity with The Bahamas and its people who were affected by Hurricane Dorian. The commission has also committed to tangibly doing their part to contribute to relief efforts in collaboration with CDEMA.