An RDRMS was established during a two-day event that opened today, at the Regional Democratic Council boardroom, Vreed-en-Hoop.

In his opening remarks, Regional Vice Chairman, Sheik Inshan Ayube explained that the RDRS is necessary since it is critical for the region to have preparedness and response plans in place to quickly respond to disasters. 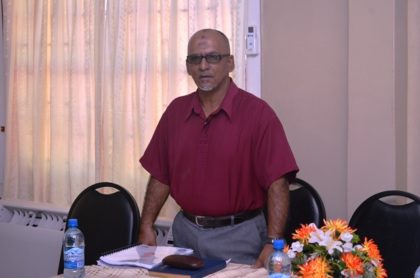 Ayube highlighted that Guyana is at a risk for many disasters, but these systems are put in place to educate and inform key players to “at least minimise these disasters.”

He noted that for the region to respond quickly and effectively to disasters, awareness and preparation are critical. He commended the implementation of the RDRMS and encouraged the participants to be aware and prepared for disasters. “We are caught up with our daily lives, ensuring that we are safe, but we must also be aware that disasters can happen anytime so it is necessary for us to also strive to keep our country safe.”

Director General, CDC, Colonel (Ret’d) Chabilall Ramsarup while delivering brief remarks endorsed the words of encouragement from Ayube. He added that index disaster management is important because “we don’t want to lose our lives from disasters”. 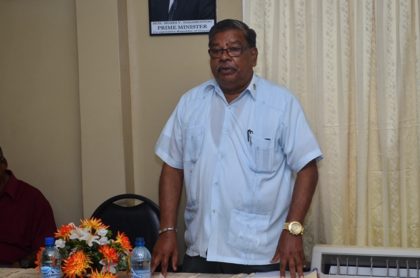 Ramsarup explained that there are persons who are affected by heavy rainfall though it is the hottest time of the year. “Those persons in Region Five suffered great loss from the recent flood because there was not an effective RDRMS in place in the region,” he explained.

The aim of this event is to therefore have systems in place to address those issues so that all the regions in Guyana are prepared, the CDC head explained.

“Everyone must know their roles and responsibilities since training was already done, we cannot allow a repeat of the 2005 flood.”  Ramsarup believes that there is nothing greater than being fully prepared when disasters strike. The CDC head pointed out that climate change is heavily responsible for most of the disasters in the country since it affects mining, and agriculture infrastructure among other areas.

“We all need to play our part in keeping Guyana safe from disasters,” Ramsarup urged. 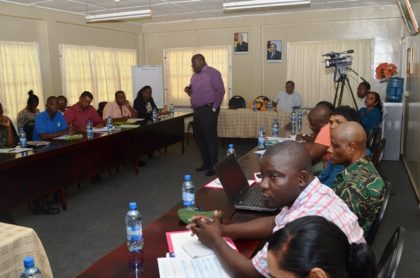 In the first week in August, the event will be taken to Region Six, and by the end of August, with funding from the Caribbean Disaster Emergency Management Agency (CDEMA), work will commence in Regions Nine and Ten to establish RDRMS’, after which they will head to the other administrative regions. 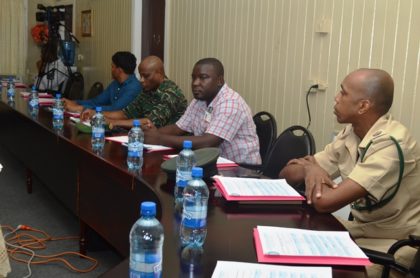 High Frequency Radios will be installed in Orealla, Siparuni, Region Six and Moraikobai, Region Five as part of strengthening the regional mechanism to help with early warning.