The Ministry of Housing and Water will be engaging group leaders of South Success, East Coast Demerara on the issue of an informal settlement in that community.

The meet which is scheduled for Thursday, September 9, 2020 will be chaired by the Chief Executive Officer of the Central Housing and Planning Authority, Mr. Sherwyn Greaves, and representatives from the agency’s Relocation and Resettlement Department.

Earlier today a team including Minister Croal, Mr. Greaves and other staff from the Ministry were joined by the CEO of the National Industrial and Commercial Investments Limited, Mr. Radha Khrishna Sharma, Chairman, Mr. Paul Cheong and Better Hope Neighbourhood Council Chairman Zaman Shaw, on a visit to the location and engaged residents.

Persons, many of who have recently moved into the location, related that they are feeling the effects of the COVID-19 pandemic as they have lost their jobs. 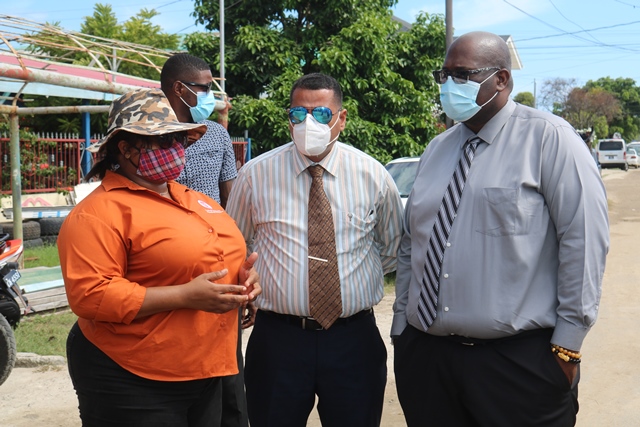 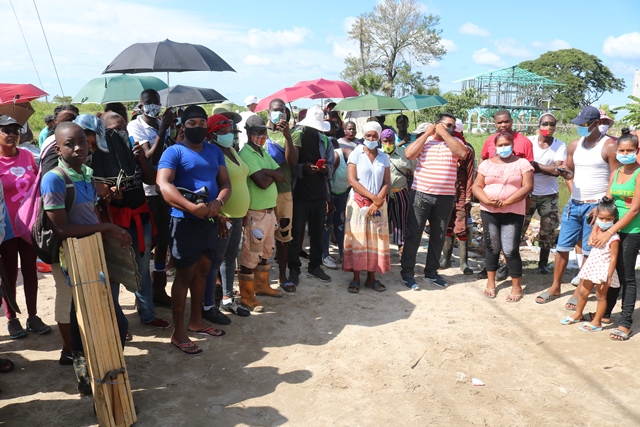 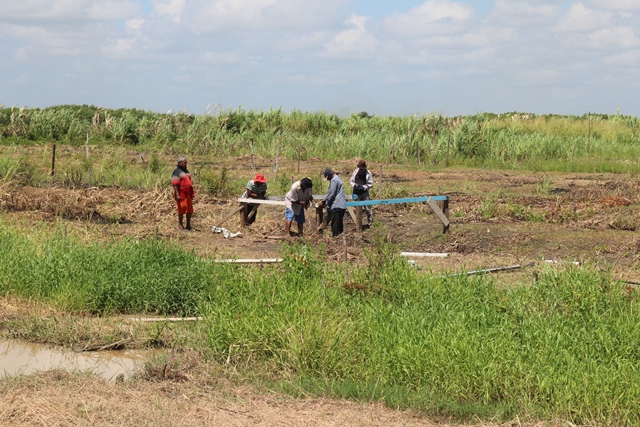 “This is not something we want to do, but we can’t keep up with the rent and our landlord putting us out, that is how we end up here,” one resident said.

Some of the persons who have moved into the area are from as far as Sophia, Greater Georgetown, and Ann’s Grove, East Coast Demerara.

Meanwhile, Minister Croal has assured the families that the Ministry is working to fast track its housing drive which will ensure that every citizen is served.

Already the Ministry has begun negotiations with NICIL and other state agencies for the proper acquisition of lands for distribution. He however urged the residents to be patient as he pointed out that while lands are being sought; it would take some amount of time for these lands to be developed with the necessary infrastructure.

Over the past few weeks, persons have been moving into the area in South Success, and illegally building and occupying structures on lands that are under the ambit of NICIL. Being the Ministry tasked with providing affordable living and housing for citizens the Ministry has given an undertaking to engage the community leaders on the way forward.

However, in the coming weeks, the Ministry through its Community Development will be embarking on data collection exercise to access the situation in Success. This would entail reaching out to persons who have illegally occupied lands in the area with the aim of ascertaining if they have an active application in the system. For persons who have never applied, provision will be made to have their application processed.

Notwithstanding this, the Ministry wishes to remind the general public of its zero-tolerance approach to squatting and we will in no way support and encourage these activities. Additionally, squatting has an adverse effect on infrastructure, health, and safety of citizens as well as impedes significantly of future development.