Construction of Access Road to Ebini on schedule 20% percent completed

The Ministry of Agriculture’s National Drainage and Irrigation Authority (NDIA) completed twenty percent of the work on Ebini Access Road. The work which commenced in May, 2017 is schedule to be completed in twelve months. 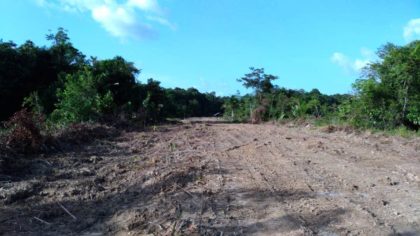 A section of the cleared area

The road project, once completed, will significantly boost easy access to savannahs lands allowing for easier transport of goods and services. It is part of the government’s efforts to move the country’s agricultural base to the Intermediate and Rupununi Savannahs.

The road which will runs from Wire Bridge to Tacama has a value of GY $32 M. Thus far, 3.5 kilometres of forested areas has already been cleared.  To ensure accountability, officials from the Ministry of Agriculture held discussions with staff of the Ebini Agricultural Station and the Kalkuni Reservation Community on the way forward.

This move is deemed as yet another positive step by government to position the Rupununi and Intermediate Savannahs as a thriving agricultural hub for investors. With government gearing up to move its agricultural base to the savannahs, massive infrastructural works of this nature have commenced to ensure investors have access to key services.

Agriculture Minister, Noel Holder recently led a team on an outreach to Ebini. It was during this outreach that Minister Holder was able to get a first-hand look at the progress made thus far on the rehabilitation of the Agriculture Research Station and the area which was earmarked for the access road.

Apart from major infrastructural works, significant investment have been made by Brazilian investor N.F Agriculture in corn and soy bean production.  The investors had recently requested an additional 10,000 acres of lands to be placed under cultivation. 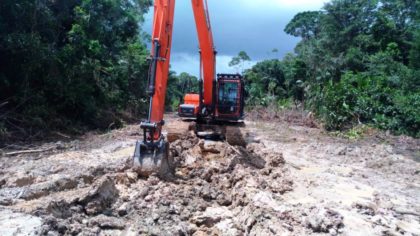 Works being carried out on the Ebini access road. 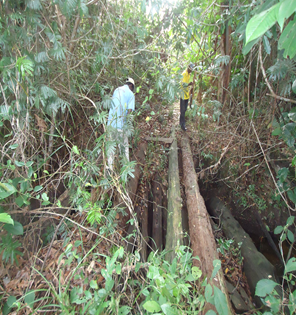 Before view of road