Prime Minister of India, Narendra Modi, who was for a slated for a State Visit in December this year, has been postponed because of domestic circumstances.

This was today confirmed by Minister of State, Joseph Harmon at his post-Cabinet press conference. 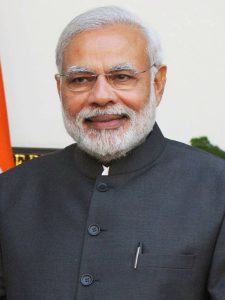 Minister Harmon said this was communicated to the Ministry of Foreign Affairs by the counterparts in India.

“They gave the explanation that domestic circumstances preclude him from making the visit to Guyana at this point in time,” Minister Harmon stated.

PM Modi was expected to visit Guyana in time for the commissioning of the Indian Indentureship Monument at Palmyra, Region Six.

The monument was gifted to the Government of Guyana by the Government of the Republic of India as a symbol of cultural and historical celebration. It honours the continued relationship between the two nations.

The bronze monument, measuring 12 ft ×12 ft, is a visual representation of ordinary Indian people in routine everyday life. Each figure will bear a significant artefact as an ode to the continued traditions brought by forefathers from India translated to current livelihood and practices by Guyanese today.