The Havana International Fair of 2017 (FIHAV) which concluded last Friday in Havana Cuba, saw the participation of some 63 countries and over 1,000 companies exhibiting their products and services. 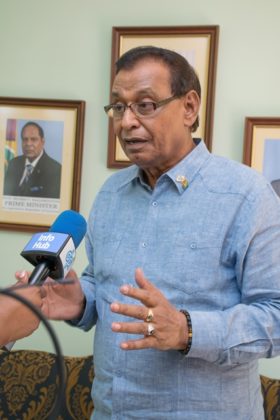 The expo provided several benefits to Guyana and other Caribbean countries. Cuba is a country with immense market potential, however, competition quickly increasing.  The absence of American competition from many sectors is not expected to last much longer and other countries from South America, Europe, and Asia are aggressively pursuing Cuba’s unique market opportunities.  Therefore, participation at FIHAV allows organisations to ‘get their foot in the door’ and begin developing key relationships with Cuban buyers.

The Guyana delegation comprised members of the Guyana Office for Investment (GO-Invest) and rice companies among others sought to capitalise on this. They met with companies from the participating countries including those from Cuba.

In his synopsis of FIHAV 2017, Guyana’s Ambassador to Cuba, H.E Abdool Halim Majeed said that the Expo was a success and highlighted that the Guyana Embassy and Delegation to the expo this year intensified their interface with Cuban businessmen and trade sector.

Ambassador Majeed said the attention garnered by the Guyana booth during the five-day expo has burnished the country’s image. “We have been very active in the Cuban political, diplomatic and business environment. People want to know more about what is happening in Guyana and when we announced that we were going to participate in the 35th FIHAV, it evoked substantial interest in the Cuban business community”. 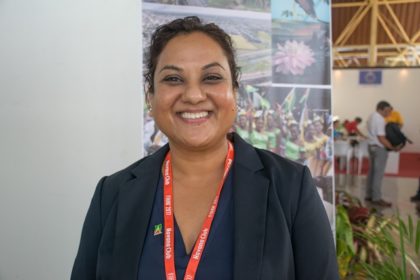 Despite not having their products to display, representatives of Comfort Sleep Guyana met with several Cuban businesses that were interested in their commodities. Managing Director, Dennis Charran told DPI that “Persons were very interested and the important thing now will be follow up when we get back in Guyana.”

Other companies on the Guyana delegation included the Nand Persaud Rice company and the Roshan Khan Security Company. Participants in the delegation have already committed to returning with a larger contingent next year.

The Havana International Fair (FIHAV) is the largest annual multi-sector trade fair in Cuba. This year’s expo ran from October 30 to November 3, at the ExpoCuba fairground located on the outskirts of Havana.