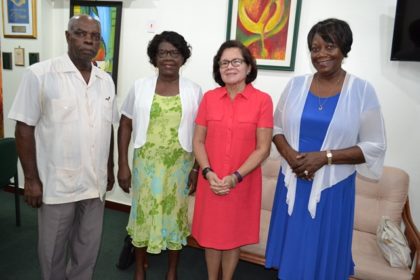 The First Lady said she decided to meet with the Pastor after receiving an invitation to speak at her church’s Women’s Conference, which is expected to be held on September 17. During the discussions, Mrs. Granger said she found several similarities between the projects that she undertakes and those run by the church. “We recognise that our paths are converging on a lot of these projects,” she said.

Meanwhile, Pastor Doreen said she extended the invitation to the First Lady after noting her work empowering women across the country. “We’ve seen [that] she’s a person that empowers women and encourages [them] and is interested in the welfare of children… It is good to be here with her and to get ideas on how we can advance and how we can collaborate in the work in the communities of our nation,” she said.