The training was facilitated by 6th Construction Battalion of the Brazilian Armed Forces.

The exercise formed part of the project where the Governments of Guyana and Brazil collaborated to drill eight wells in eight communities in the Deep South Rupununi District, in Region 9, Upper Takatu-Upper Essequibo usually affected by droughts. 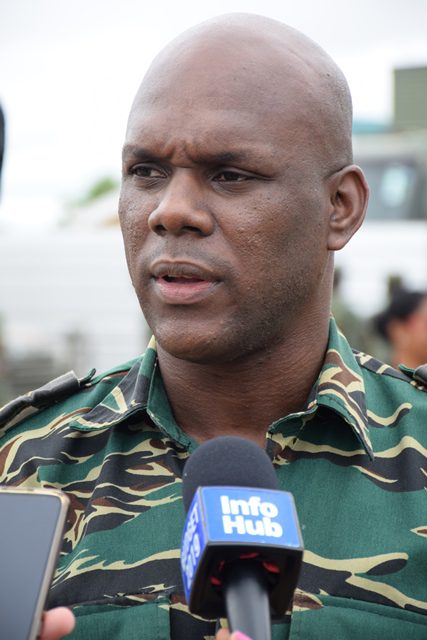 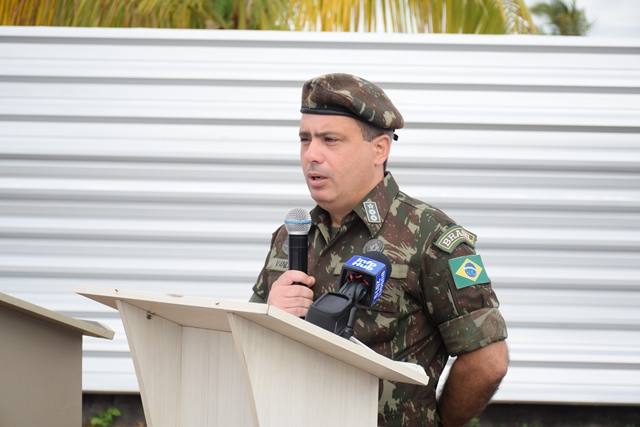 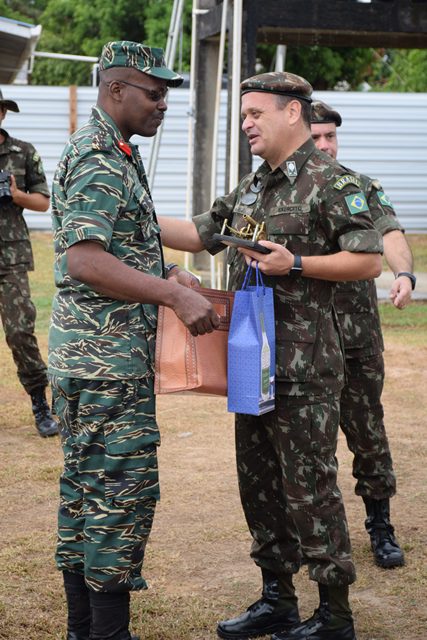 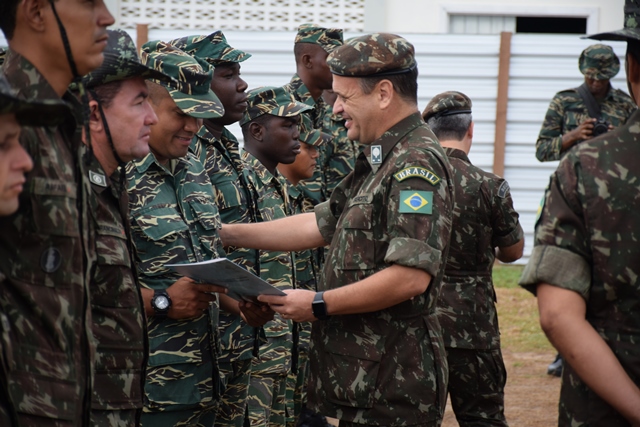 Brigadier General, 2nd Engineering Group, Brazilian Army, Marcus Fontoura de Melo hands over a certificate to one of the officers from the Guyana Defence Force.

At a simple ceremony this morning, hosted at the Regional Administration compound in Aishalton, Lieutenant Colonel Vandir Pereira Soarey Jnr. said the training has provided the necessary knowledge needed to conduct new drilling in Guyana. He congratulated the team and charged the officers to continually practice well drilling to improve their perfection in the art.

“We have successfully completed our test to drill eight deep wells to minimise drought in the communities. One year ago, we couldn’t imagine that this was possible. Today, we are here and we are proud to share our knowledge, culture, friendship and work. It’s our great honour to have worked you. Thank you all, GDF, CDC (Civil Defence Commission), GWI, communities and other agencies for your support throughout the journey, as we worked to achieve one common goal,” Colonel Sorey said.

Director-General (ag) of CDC, Lieutenant Colonel, Kester Craig said the project was a collaborative effort with all parties working to achieve one goal. He explained that there was detailed planning prior to the drilling which meant the team worked together for approximately two years identifying the various locations and coordinating to ensure that the project is successful.

“The language wasn’t a barrier to getting the work done and this was an excellent opportunity for the two countries to demonstrate their fifty years of friendship. There were systems in place to alleviate and reduce all anticipated challenges. We overcame any difficulties with ease and were able to complete the project on schedule and surpass deliverables and expectations,” Lt. Col. Craig explained.

The Director-General commended all parties involved including the Ministries of Communities and Public Infrastructure, GDF and the Regional Democratic Council for their role in making the project successful.

Commander of Engineering Corps of the GDF, Colonel Gary Beaton, in brief remarks, expressed appreciation to the Brazilian Army for partnering with Guyana to reduce the effects of drought in Deep South. He noted that GDF has undeniably received valuable training not only in the construction but development and maintenance of wells. “I’m certain with your training you are able to conduct such operations on your own. I know that during this mission not only did we share working knowledge but also shared our cultures and forged new lasting friendships.”

During the course of the project, the Brazilian military also conducted a medical outreach where 69 persons received attention. They also distributed toys to children in several communities.

The wells were officially commissioned today.