The National Assembly this evening approved allocations totaling just over $6.8 billion for the 16 constitutional agencies. The motion to have the House approve the allocation was tabled by Minister of Finance, Winston Jordan. 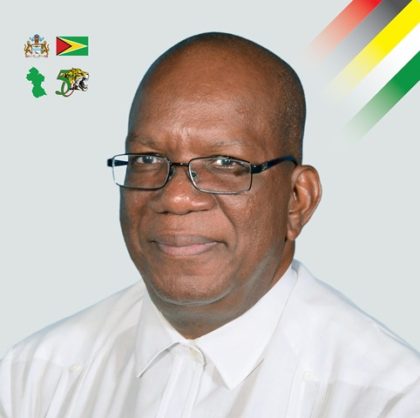 Like all other entities that are funded from the Consolidated Fund, the Constitutional offices would have made their proposals for funding to the Ministry of Finance.

Today, the House approved increases for all the Constitutional offices except for the Guyana Elections Commission although; the increased amounts were below what was requested by the agencies.

Opposition Member of Parliament (MP) and Chief Whip, Gail Teixeira, brought to the House’s attention that the Parliament Office had requested $1.7 Billion but this was reduced to $1.5Billon.

Teixeira called on the Finance Minister to explain to National Assembly why the requested amount from the “highest law making body in the land,” was reduced.

Rising to defend his Cabinet colleague, Minister of Foreign Affairs, Carl Greenidge, noted that all agencies propose sums and the Finance Minister has to use his discretion in allocating sums for Agencies.

Opposition MP, Irfaan Alli, noted that the Minister’s actions were based on the “projected revenue assumptions”, and called for an explanation.

Nagamootoo noted that it was within the Finance Minister’s purview to decide whether to approve the full sum requested or modify it.

Responding, Opposition MP Teixeira, said that the sums were also approved by Sub-committee; hence there should be no move to reduce the allocation.

A similar discussion followed for the allocation of the Office of the Auditor General.

Opposition MP, Irfaan Alli, noted that a sum of $771,215,000 was put forward by the Office of the Auditor General.

At this point, Speaker of the National Assembly, Dr. Scotland reminded the House that it was agreed that no projects or proposed works would be discussed.

The Public and Police Service Commission had requested the sum of $95,236,000. The House approved $91,603,000. Jordan said this was based on the physical profile and financial expectations projected for 2017.

Questions were put to the House by MP Teixeira, about the proposed salary increases and the possible effects since proposed budgets were prepared before the increases were announced. She said the Finance Minister was being obtuse in refusing to explain himself. This remark was withdrawn at the request of the Speaker.

The sum of $1,766 079,000 was approved for the Supreme Court’s 2017 budget by the National Assembly after a reduction of approximately $266 million was initiated by Jordan.

The Minister explained that this was due to the fiscal projections for 2017 and if any more was needed, it would be provided “once the fiscal space existed to do so.” The Finance Minister reminded the House that he could only provide answers for the lump sums proposed and he could not give responses to queries about line items.

The Guyana Human Rights Commission had requested $74,995,000 and got $34,110,000. Finance Minister Jordan told the House that this could be increased once the Commission was constituted and a supplementary request made to the Finance Ministry.

$76,200,000,00 was proposed by the Finance Minister as a “reasonable sum” for the Public Procurement Commission despite the fact that the body has not yet been constituted.

Jordan explained that a provisional allocation was made in anticipation of the Commission being set up in the near future. “Me thinks the honorable member complaineth too much”, Minister Jordan responded when asked about how the sum was arrived at by Opposition MP, Irfaan Alli. The Minister reiterated that the sum was a “provisional sum” which could be adjusted in the future if needed.

With the exception of the allocation for the Guyana Elections Commission, all the constitutional agencies received an increase allocation over what they would have received in the 2016 Budget.