Chief Education Officer, Ministry of Education, Marcel Hutson explained to the Department of Public Information, (DPI)/ Government information Agency (GINA) that the Read, Play, Love Campaign is being implemented at the national level. He described as successful, the programme’s rollout in Bartica, the hinterland and Georgetown. 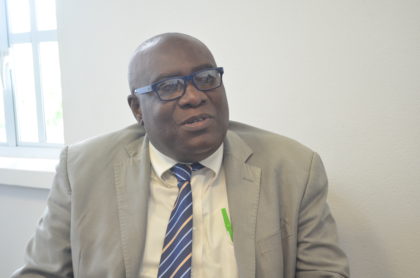 The Chief Education Officer highlighted that key persons in the Ministry of Education have been encouraging persons especially parents to come onboard and be a part of the activity.

“When parents are integrally involved in their children’s education particularly reading stories to the children or labeling items in the house like a table or chair, overtime it develops the reading skills and so we cannot overemphasise the importance of parents being a part of this process…so we try to let parents know their roles are tremendous in getting the results we want,” Hutson outlined. He reiterated his calls for parents to participate more in Parent Teacher’s Association meetings and workshops seminars.

He noted that the campaign will only be successful if parents are involved if. He added that some parents are not serious in their children’s development and this closes the door for many possibilities in the child’s future.

Hutson stated that the Ministry recognises the importance of literacy and getting children to read at a very early stage. Hence, the campaign will help nursery and primary school children to master their literary skills to enable them to perform at their maximum potential.

The “Read Play Love” Campaign was launched on September 14, 2016. It targets parents and caregivers of children under five primarily in the most remote Administrative Regions of the nation. A national initiative, particular focus and attention were placed on the Amerindian communities in the Hinterland and Riverine regions.

The Ministry of Education is aiming to raise the literacy rates in the hinterland and riverine regions to be in line with the national average of 88 per cent.