GPL managers to be trained to improve services

Managers at the Guyana Power and Light (GPL) are to be trained to deliver a better quality of service to consumers. The GPL management team will be taught how to implement best practices and international standards.

Chairman of Board of Directors, GPL, Robert Badal

Speaking at a press conference yesterday, at the Pegasus Hotel, Chairman of the Board of Directors of GPL, Robert Badal, said the training will transform GPL.

The training will be conducted by Manitoba Hydro International Limited, of Canada.

Contract Manager, Scott Russel, said the training will focus on creating a vision for the power company through the training of the senior management and other staff. He said it will target senior managers and other members of the company . “We will go through creating a vision targeting GPL, through formal training not only with our team of seven staff that are on the ground abut an additional eight staff that will be coming in 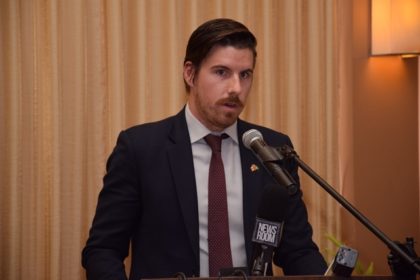 Meanwhile, Acting Chief Executive Officer, GPL, Renford Homer told GINA recently, that GPL will no longer offer poor service but rather, quality and improved services. Homer pointed out that the focus of the power company is to improve customer service.

“We do recognise there’s work to be done there. There are attitudes to be changed, minds to be changed. Yes we’re utility, yes we’re monopoly it does not give GPL the right to be rude, impolite, unprofessional. At the end of the day, it’s a service that is a necessity,” the Acting CEO explained.

The training is the first component of the Power Utility Upgrade Programme (PUUP) and will be utilizing US$4.3M of the allotted US$65M. 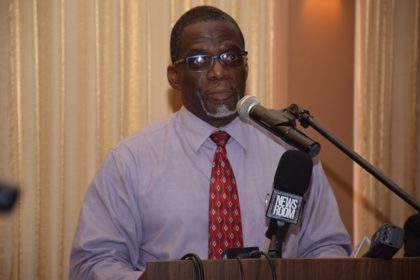 Scott, in providing a brief history of the company, said that Manitoba Hydro International Limited (MHI) has been in operation for over 130 years and is a vertically integrated, government-owned Canadian Provincial Crown Corporation. The corporation holds in-service assets in excess of $17B, generates over $2B in annual revenue, and employs over 6,500 utility staff.

The Contract Manager added that MHI is a major energy utility that is intimately involved in the planning, design, construction, operation, and maintenance of electricity and gas infrastructure. MHI also assists clients to deliver electricity and natural gas efficiently, effectively, and in a sustainable manner. For over 30 years, MHI has delivered energy services to clients in over 75 countries and will work in its best capacity to assist Guyana, Scott explained.