Hope Coconut Industries Limited (HCIL) has made a significant breakthrough with its annual income leaping from $17Million in 2015 to $36Million in 2019.

In a press release, Minister of Agriculture, Hon. Noel Holder noted that while the estate suffered under the previous administration, the past four years of the Coalition Government saw tremendous investments and enhancement to its human resources to address its infrastructure.

With high expectations for HCIL this year, the ministry plans to provide it with critical pieces of equipment as well as an excavator which will be used full-time to improve its drainage and irrigation systems.

“We are committed, and will work assiduously, to ensure the value chain at HCIL becomes more productive, efficient, profitable and, critically, more inclusive,” Minister Holder stated. 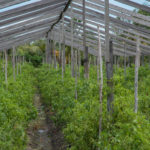 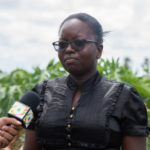 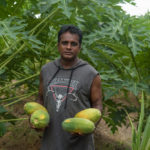 One of the farmers of HCIL displaying some of his crops 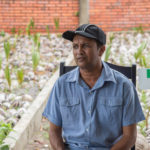 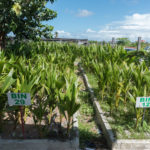 HCIL’s extremely fruitful coconut nursery is currently one of its main income streams.

Collaboration between the estate and a Canadian-funded project – Promotion Opportunities for Produce through Enterprise and Linkages (PROPEL), focused on rural agriculture and rural women by creating the ‘The Rural Women of Hope Estate’ programme.

Last month, Marisa Smart, Cooperative Extension Officer of HCIL, told DPI that the rural women programme was a significant asset for HCIL as they pursue gender equality in the farming sector.

According to General Manager Ricky Roopchand, HCIL “has moved from a situation where it was almost bankrupt, where the staff could not have gotten their salaries, and now we are in a better financial position, people are getting paid on time for the past three years.”