“Tourism and oil mesh well. The two industries complement each other,” stated Mitra, Ramkumar, President of the Tourism and Hospitality Association of Guyana (THAG)

The statement was during made at the re-opening of the Carnegie School of Home Economics’ (CSHE) Hibiscus Training Restaurant on Thursday. 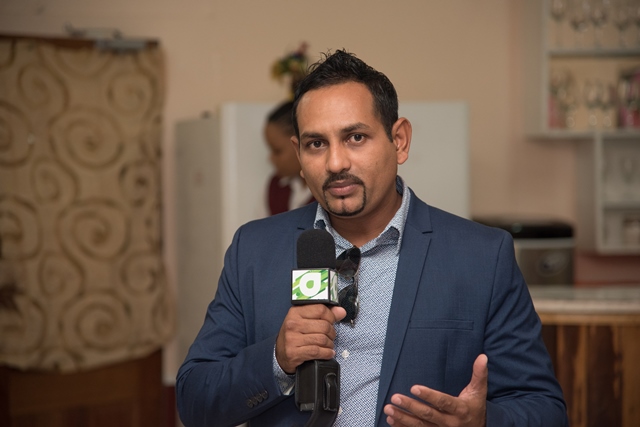 Mitra Ramkumar, President of the Tourism and Hospitality Association Guyana.

Ramkumar revealed, that based on conversations with hotel managers of major hotels in Georgetown, the positive impacts of the oil and gas industry in Guyana have already started to manifest.

“All of the major hotels in Georgetown; whether it be Pegasus, […] Grand Coastal, Cara [Lodge], Duke Lodge, […] all of these facilities are either full or in its 80 percent occupancy and that is an off-spin of the oil and gas [sector],” he attested.

The THAG president called on Guyanese to branch off into other industries and not only to focus on working directly in the oil and gas sector since many opportunities are arising from spin-off industries. Travel and tourism, he noted are among the top earners.

Ramkumar affirmed THAG’s support to CSHE and also encouraged persons to get involved in the programmes offered by the school. He noted that institutions such as CSHE play an integral role in the boosting of the tourism industry in Guyana.

The school offers a variety of programmes such as Catering and Hospitality, Interior Decoration, Garment Construction, Hairdressing and Cosmetology, Etiquette, Cake Decoration among others.