The Institute of Applied Science and Technology (IAST), with government’s funding, has embarked on several innovative projects, which, according to its head, will aid in solving some of Guyana’s economic problems.

Director of the institute, Dr. Suresh Narine, said IAST has been working on some projects, targeting select beneficiary groups and the public at large. 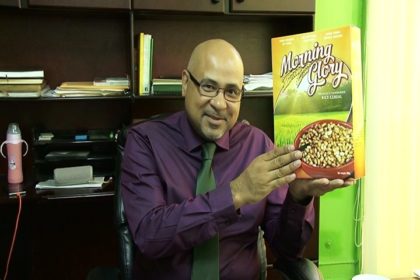 “One of those projects relates to a product which is a breakfast cereal made from rice. In our country, although rice is one of our major commodities, there are no outstanding examples of adding value to that commodity,” Dr. Narine explained.

The IAST Director noted that it must be understood that Guyana’s agriculture must be married to value addition to create wealth in the sector. He pointed out that agriculture must be marketed locally and internationally through science, to boost the local economy. Therefore, it is important that focus be placed on technology transfer and the appropriate use of science for the development of commercial products, Dr. Narine said.

In addition to the cereal, the institute has been involved in a series of branded 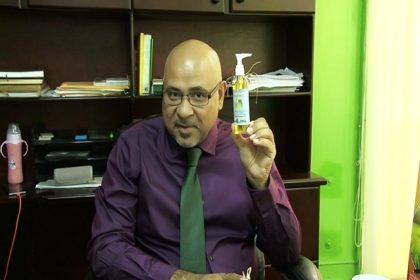 final products, including the ‘Rupununi Essence’ which represents commercial success and successful collaboration of the IAST with the Ministries of Social Cohesion, Social Protection and Indigenous Peoples’ Affairs, Dr. Narine underlined. The institute is also working on an orange marmalade project with residents of Hiowa, Region Nine.

The government’s support has contributed to these projects’ successes, Dr. Narine asserted. He said though there has been a change in administration, the institution has not been neglected, and the government continues to prioritise science and technology.

“The support the institute has received from the previous administration has been continued by the current administration which means that our political leadership at all levels seem to understand the basic important role that science and technology can play in poverty alleviation, in development and in particular, giving our current focus in allowing green growth,” Dr. Narine explained.

IAST is a science and technology organisation located in the University of Guyana’s campus. Since its inception, IAST has offered commercial analytical services, particularly related to environmental contaminants, quality control for water, beverages and foods, and to a certain extent, microbial testing.