“Journalists are responsible for creating awareness about health issues that are current and relevant to the population,” said Junior Health Minister Dr. Karen Cummings.

The Minister was speaking at PAHO/WHO Clare Forrester Media Awards for Excellence in Health Journalism 2018 on Saturday evening at the Guyana Marriot Hotel as she joined with Prime Minister Moses Nagamootoo and the Pan American Health Organisation (PAHO) to celebrate the work of Guyana’s health journalists. 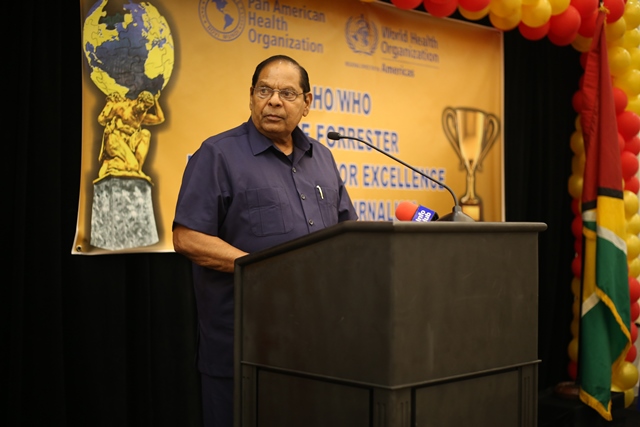 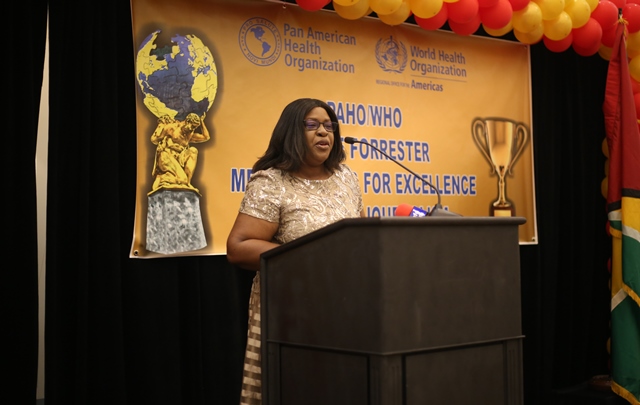 Minister within the Ministry of Health, Dr. Karen Cummings. 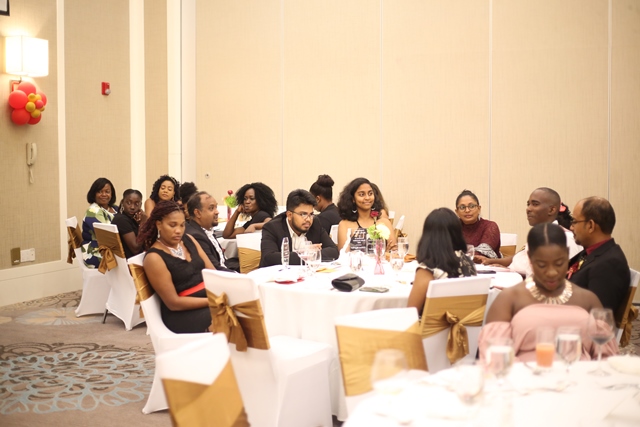 Some of the awardees.

The Prime Minister stated that these awards are a source of encouragement for journalists in a beat that is not that glamorous.  He added the role of a health journalist is often simply to learn so as to be able to highlight issues and topics without sensationalizing them.

Minister Cummings in her remarks echoed the Prime Minister’s sentiments and told the awardees that they played a big role in impacting health policies and stimulating discussions.

The awards saw journalists from various media houses submitting over 194 entries. Prizes were awarded for best news story in the categories of print, radio, television and online. The objective of the awards is to improve progressive health journalism and improve the overall standard of journalism particularly in health and development.